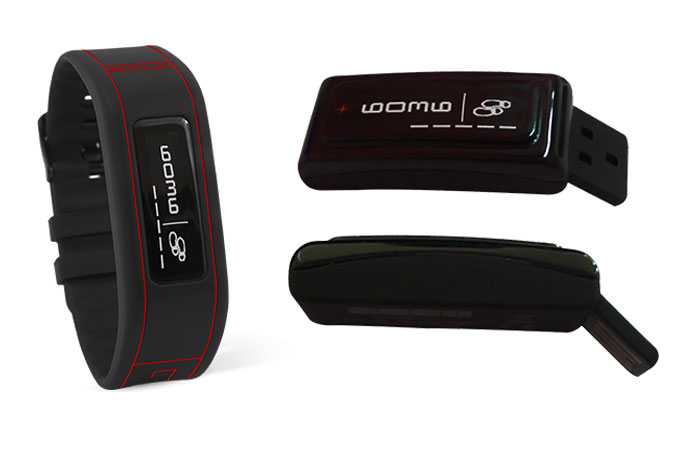 In the last one-year fitness trackers or wearable as they are called have grown in popularity. But, yet there is a lot of confusion around how accurate are these trackers when it comes to counting steps. One is not sure if they can trust the numbers that are captured by the tracker.

Today, almost every second person is wearing a fitness tracker to monitor his or her health and fitness levels on a day-to-day basis. I am constantly flooded with questions of how accurate is the band when it comes to monitoring the level of physical activity during a 30-minute workout session or while running or trekking in the outdoors?

These questions have prompted me to write this blog on how the steps are counted and how accurate is the band.

Let me begin with the first question

1) Why does my band count steps when I ride my bike or when I sit in an auto?

A fitness band is a sophisticated and modern version of an analogue pedometer. In a digital form using complex algorithms and an accelerometer (an instrument for measuring the acceleration of a moving or vibrating body). Fitness bands such as the GOQii, are designed to measure 3 axis movements of your body by being worn on your wrist.

Let me explain how it works…

If you are walking too slow or running too fast it will not pick it up. On an average, you need to walk -200 steps per minute.

According to University of Nebraska researchers who examined various fitness monitors (Jawbone, Fitbit, Nike Fuel Band, and Actigraph), accelerometer-based monitors can overestimate or underestimate energy expenditure by 10-15 percent, depending on the monitor.

2. Talking to our players and users of other fitness bands, they often tell me that while jogging, running or playing a sport, the tracker doesn’t show the exact distance.

How does the device measure distance? I am often told by players that they have gone for a jog and taken 10 rounds of a jogging track that measures 400 mts in length but, the GOQii band has clocked only 3.5 km instead of 4 km. How is that possible?

GOQii’s main service offering being lifestyle change calculates distance based on your day and not on particular activities. So, during certain activities you may lose or gain steps, however, the average for the day is well indicated.

3. I have been walking a lot but, my band only shows minimalistic steps.

Running on a treadmill, cycling, swimming and playing certain sports may not accurately display your steps taken. Such as, while cycling, your hands stationery and placed on the handlebars, the tracker being designed to detect motion will pick up steps from your stationery hands. Similarly, you may experience the same while pushing a stroller or a bag. In many cases, you can put the core unit in your pocket (instead of your wrist) to record motion, especially, when your hands are still.

Whoever thought that fitness could not be fun? All thanks to GOQii, the technology enabled Health and Wellness Company has changed the way people looked at fitness and lifestyle in India. Two years ago, GOQii realized that only a fitness band will make no sense and became the first to launch version 1 of the band with an integrated human coach. The coach could work with the user’s data to provide customized advice on a regular basis, keeping the user motivated and on track to success through goal reinforcement.

But, it just does not end there. The company has been constantly researching on what could be the next big thing. And bingo! They realized that the version 2.0 was going to be larger than their V1 with lot more interesting features and services on the platform.

GOQii with the launch of its V2 has expanded into ‘Integrated Lifestyle Management’ by integrating doctors and diagnostics, with a bouquet of additional health features such as the Health Risk Assessment (HRA) and Health locker along with the all new GOQii fitness band.

The doctors on GOQii platform themselves believe in lifestyle and minimalistic usage of medication. GOQii has brought on board doctors trained in dealing with general medical and lifestyle related issues. Emotional wellness, counselling and preventive health being the main focus of the doctors, they will collectively work with the coaches and diagnose user’s health and lifestyle problems. The doctor’s consultation will be available to the users through an app-based service over chat and voice call

Ever heard of a health locker? Well, now GOQii will also provide you with a health locker where you can safely deposit all your reports post the diagnosis. The health locker acts as a repository for the user’s medical diagnostic history making it readily available to all- coaches, users, doctors on or off the platform, with the consent of the user.

The users will also be able to take a comprehensive Health Risk Assessment (HRA) giving them detailed insights into their overall health situation and a health score.

That’s not all, GOQii V2  hardware also has some interesting features like no other. Some of the Key upgrades of the new GOQii fitness band are:

While earning a good livelihood is important, is it taking more life out of living? Long working hours, being seated most of the time with no physical activity and bad eating habits can take a toll on your health over a period of time. If this sounds … END_OF_DOCUMENT_TOKEN_TO_BE_REPLACED