With the monsoons here in full swing, each one of us get worried about our and our loved one’s health. Most worry about getting viral fever, cough, cold, stomach infections etc. With the weather change, the virals in the air also start reacting. The side effects of cold, fever, viral, sore throat get rampant with drastic changes in weather.

A strong immune system will help you recover quickly and mostly without the need for medication. The lower your immunity, the longer the healing process and you may have to resort to antibiotics.

1. Take a 1-inch piece ginger mashed, 1 clove garlic, 3 peppercorns, 2 cloves, 2 cardamoms and a cinnamon stick. Boil in water and reduce to half, strain and add organic honey. Drink this concoction twice or thrice a day, or actually as much as you need to.

2. Be aware of your body and feelings. Usually, when sick, your appetite may reduce, and that’s a good sign. It means your body is using energy to repair and heal. So if you can, don’t eat until you feel your appetite slowly increasing. This is one of the best ways to heal rapidly and completely.

3. Stay warm, wear socks even while in bed. Cover your head to prevent contact with dew when out at night.

4. Sip on hot liquids through the day.

5. Breathe a lot! Almost all viruses and germs cannot survive in highly oxygenated cells so help your body create an environment that’s unfavorable for these germs.

6. Rest, rest, rest – This is the most natural and effective way to heal. It’s natures cure.

It’s good to fall sick once in a way, your body replenishes the white and red blood cells and it also strengthens immunity. So stay positive, don’t feel low and know you are doing the right things to get better. 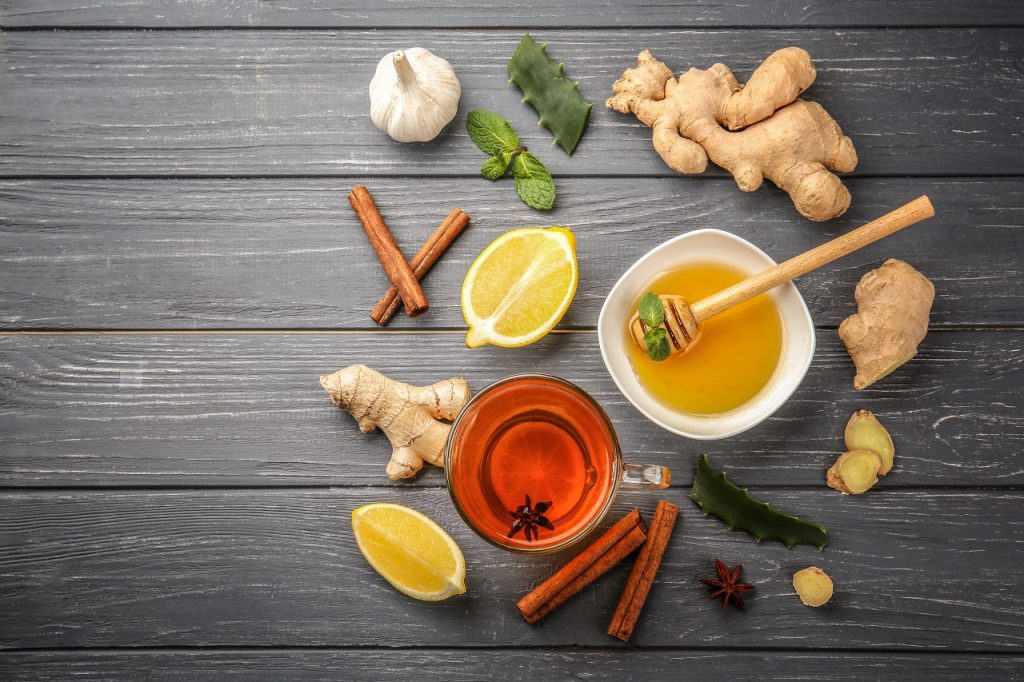 The Common Cold is an Upper Respiratory Tract Infection (URTI) mostly caused by the Rhinovirus. It is very common during this time of the year but can be managed well with these 5 simple home remedies!

Simply boil water, switch off the flame, add a crushed(inch sized) piece of Ginger to it, half tsp turmeric powder, a pinch of black pepper, and cover it for 3-5 minutes. Strain and have it with a tsp of raw organic honey. It works very well for clearing congestion, improve runny nose and also to relieve headaches and a sore throat.

Boil chicken or any veggies of your choice with 1 onion, few pods of garlic, 1 inch piece of ginger, salt and black pepper. Once boiled, remove the onions, ginger, garlic, blend them and add them back to the broth. The anti-inflammatory properties in them will help reduce congestion, can open up a blocked nose, will give a soothing effect to the body and help in reducing any aches/pains.

Gargling with Lukewarm salt water works wonders to clear any throat itching/congestion, as salt has a tendency to absorb the water and along with it the infection causing Microbiota. Best time to do this is early in the morning after waking up.

Mix 1 tsp of raw organic honey with a pinch of black pepper and half tsp fresh ginger juice. It is a good remedy to reduce dry cough. Works very well on an empty stomach.

Boil water in an open vessel, add a tsp of turmeric powder or Eucalyptus oil(1-2 drops) in it. Cover your head with a towel while covering the vessel. Take this hot water steam in the morning and evening for 10-15mins to cure blocked/stuffy nose and/or Chest congestion.

A simple Tulsi leaf decoction works wonders as well in reducing the effects of Common Cold. You can also check out LIVE and archived classes on GOQii Play on combating common cold.

We hope this article was helpful to you! How do you combat common cold? Let us know in the comments below! 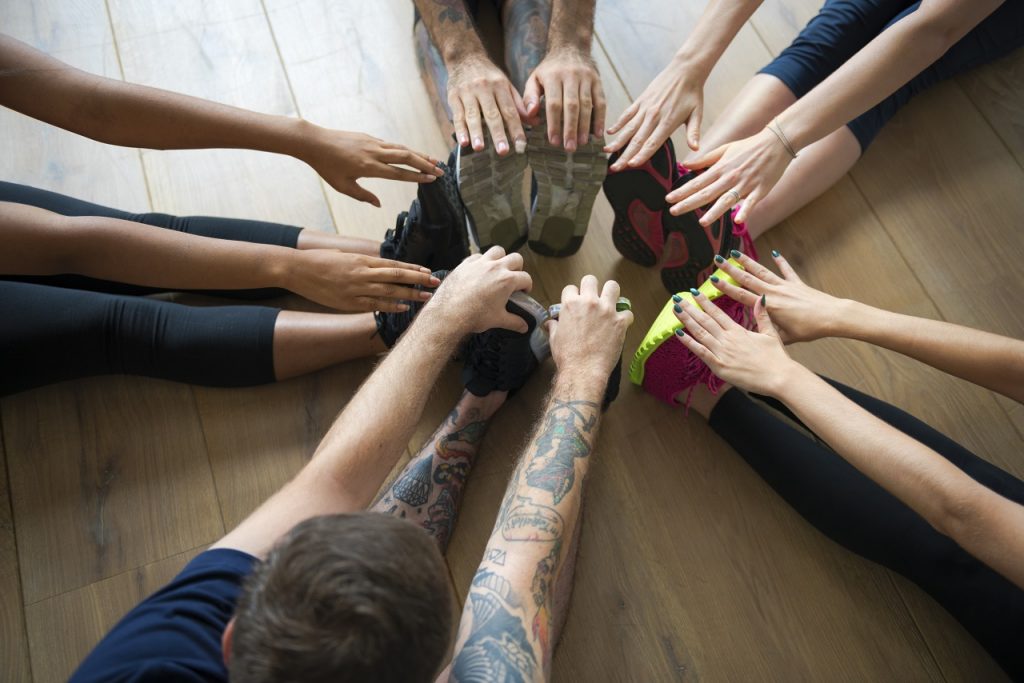 Whether you’re a newbie or a veteran to the fitness world, working out with a lively group of like-minded people with similar goals can turn any heart-pounding, sweat dripping and running out of breath experience into an enjoyable activity!

It is no surprise that group workouts can turn even an hour-long session into a fun one. Let’s see how it can prove advantageous for you!

Perhaps the most difficult task is getting off the couch or bed. But, when you have a group of enthusiastic individuals backing you, no task is impossible! One is likely to workout harder as a part of a group rather than by themselves. A shout out of motivation from a friend is sufficient to keep anyone going!

As group workouts are planned from variations to the body parts that will be covered, it is easier to follow suit with other individuals than when one is alone. Group workouts generally have a fitness instructor who guides participants with proper form, benefits and helps the team avoid injuries.

When working out alone, one tends to neglect certain exercises and be choosy. Thus, group workouts help in removing many mental blocks and helps you follow through with routine.

To be effective, any exercise needs to be performed using the correct form and posture, regularly. When in a group, skipping a class might make you feel guilty as you need to provide a reason to your buddies the next day. Being in a group automatically makes you more accountable.

Since the whole group is sailing in the same boat, you tend to discuss problems and solutions related to workouts with your teammates. Meeting your fellow class members daily builds up good camaraderie and soon you have your own tribe!

Though everything comes with a price tag, group workouts are quite economical. The professional fees are shared among the group as a result of which it doesn’t disturb your budget.

Besides all the above-mentioned advantages, of the most crucial one is sustainability. Group workouts are constantly refreshing, challenging oneself improves the endurance level and helps to break the plateau. Thus making it an inseparable part of your lifestyle!

To put it in a nutshell, group workouts are beneficial as it not only keeps you physically fit but mentally happy too!

If you’re looking for group workouts in your city, join our GOQii Active Sunday Sessions and meet like-minded individuals for a good, early morning workout! Register here: https://goo.gl/KN82CU (Please note that the registration link activates and refreshes every Friday). 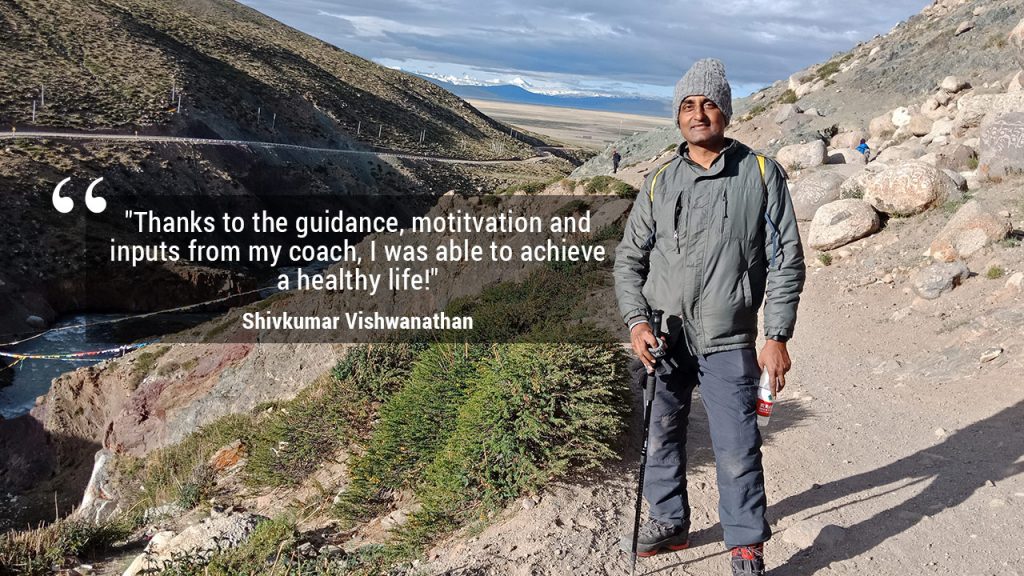 What motivates you to push past your limits and achieve your goals? What drives you to stay active mile after mile? Is it determination? Is it a poster you read that charged you up? There may be many reasons such as building confidence, wanting to be there for … END_OF_DOCUMENT_TOKEN_TO_BE_REPLACED