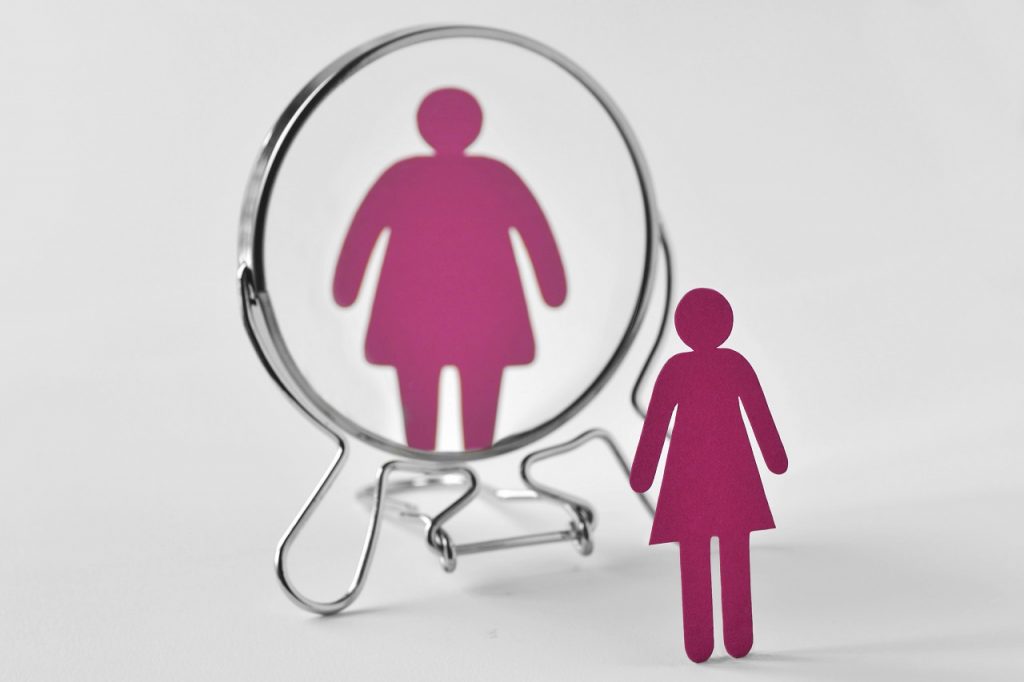 Following healthy habits is good. It’s always nice to have a plan for healthy eating and follow it steadily with discipline. But what happens when you overindulge in a dieting plan? As we all know, anything in excess is bad and the same goes for dieting or having an unhealthy obsession with losing weight which may make one do things that can cause more damage than good. Having said that, I’d like to highlight an eating disorder that I recently came across called Anorexia Nervosa.

What is Anorexia Nervosa?

Anorexia Nervosa is an eating disorder which is characterized by low body weight, fear of gaining weight, and a distorted perception of weight. This means that despite having normal body weight, these people feel that they are overweight, or even if they will eat a bite extra, they feel that they will suddenly gain weight. So they prefer being on a very low calorie diet, prefer restricted foods, focusing excessively on the portion they eat. They also try to control their weight by vomiting after eating, or misusing laxatives, diet aids, diuretics or even enemas. At times, they also try to lose weight by excessive exercising just post consuming meals.

Nervosa is not about calorie counting, it is more about one’s psychological aspect which can be extremely dangerous or even life threatening to try to cope up with emotional distress. Anorexic people often tend to equate thinness with self worth.

What Are The Symptoms?

The most evident physical symptom of Nervosa is Starvation, and let us not confuse it with conscious eating. Apart from it, it also includes some emotional and behavioural issues which include unrealistic perception of one’s own body in terms of being fat or fear of gaining weight.

It is difficult to notice the signs and symptoms among the people, but there are few alarming signs which can be noticed by near and dear ones like low body weight, or thin appearance, abnormal blood counts, fatigue, dizziness, and insomnia, thinning of hair, blue discoloration of fingers, irregular bowel movements, irregular heart rhythms, and dehydration.

Also some emotional and behavioural symptoms would include:

Though it is difficult to diagnose Anorexia Nervosa at an early stage, the American Psychiatric Association’s (APA’s) Diagnostic and Statistical Manual of Mental Disorders has set diagnosis criteria for people prone to being Anorexic.

Treatment includes some medications, nutritional counseling, psychotherapy and family counseling as well which would depend on one’s level of being anorexic. Generally people refuse to accept that they fall in the category but a proper counseling session can help one recover soon.

There is no harm in Being Picky about putting food in your mouth, but this should be done in certain limits by working on calorie counting, or choosing the healthiest option and not in excessive fear to gain weight. The body needs fuel as well to work its system out. The correct way to lose weight is by eating healthy and exercising regularly, and not “DIETING”. Long term anorexia nervosa can lead to serious medical issues like low bone density, anemia, or some gastrointestinal issues as well.

So, if you feel any such symptoms, or you know someone prone to it, do share the article with them, and we at GOQii are always there to help you recover in whatever best way possible.

Did you find this article helpful? Do leave your thoughts and queries in the comments below and do share it on the GOQii Arena in the GOQii app with your friends! 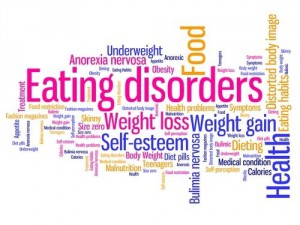 DO YOU look in the mirror and pick yourself apart? Do you constantly worry about what and how you look?

Ask yourself, “What percentage of your time in a day you are preoccupied with thoughts regarding food, weight, and body image?”

If your answer is that you spend so much time with these concerns that it interferes with your happiness and daily functioning, then let me tell you that you may be having an Eating Disorder.!

What Is an Eating Disorder?

Eating Disorders are illnesses that cause serious disturbances in a person’s everyday diet. They are characterized by irregular eating habits which include inadequate or excessive food intake which can damage individual’s well-being.

In addition to abnormal eating patterns, there are severe distress or concern about body weight and shape. An Eating Disorder also includes your beliefs about food and how they impact your body.

Who Suffers From Eating Disorder?

Eating disorders can develop during any stage in life but typically it appears during teen years or young adulthood but, may also develop in childhood. It can affect both men and women, however, it’s more common in women.

Eating disorder when manifested at a young age can cause severe impairment in growth development, and overall mental and social well- being.

This is perhaps the best- known eating disorder. It causes its sufferers to excessively fear to be overweight and restrict their eating habits in an unhealthy, dangerous way which leads to a significantly low body weight.

Overtime, the following symptoms may develop as the body goes into starvation

The Greek word for Bulimia is BOULIMIA which means extreme hunger. Patients with bulimia nervosa eat frequently in a discrete period of time (example within any 2 hour period) they also have a sense of lack of control over eating during the episode.

They often consume thousands of calories that are high in sugars, carbohydrates and fats. They can eat rapidly, sometimes gulping food without even tasting it.

After a binge, they PURGE their bodies of food and calories they FEAR by using laxatives, enemas, diuretics, vomiting or by excessive exercise. People with Bulimia can be underweight, overweight or even obese.

Many people don’t know when a family member or friend has Bulimia nervosa because they almost always hide their binges but Bulimia nervosa does have symptoms that should raise red flags:- 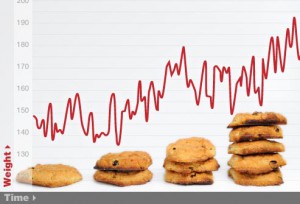 It is a form of compulsive OVEREATING. Sufferers feel a compulsion to eat large amounts of food and as though they cannot stop and UNLIKE PEOPLE WITH BULIMIA, THEY DO NOT TRY TO PURGE OR GET RID OF FOOD BY INDUCING VOMITING AND BY USING OTHER UNSAFE PRACTICES.

Symptoms are more or less similar to Bulimia nervosa except for purging and laxative abuse.

Binge eaters eat a large amount of food when not feeling physically hungry, binge eating episodes typically take place in private and can last for hours or a whole day. It is common for sufferers to feel distressed or guilty about their lack of control, it is this shame and guilt that can prevent a person from talking and seeking help.

Eating disorders are complex thus are influenced by a facet of factors. Though the exact cause is unknown, it is generally believed that a combination of biological, psychological, and/or environmental abnormalities contribute to the development.

However specific traits are linked to each of the disorders. People with Anorexia tend to be perfectionists and with bulimia and binge eating disorder impulsive nature is common. Hormonal irregularities and nutritional deficiencies can be among causes. As discussed earlier in this blog, negative body image, dissatisfaction with one’s body and low self-esteem can help build tendency towards abnormal eating patterns.

Among Socio-cultural factors, the media has the largest influence on people especially teens and young adults. The media pushes body image, clothes, fast food and weight loss with unrealistic results, the combination of all these lead teens and young adults down the road to eating disorders and a confusing self- image.

And on another side of continuum popular social media pages and videos with a variety of recipes and restaurants tempt people to eat more and more.

Other causes include disruptive thinking patterns and an inability to understand the healthy relationship between food and hunger, family dysfunctions and major life stressors/changes, negative emotions or traumas such as rape, childhood sexual abuse or death of loved ones can also trigger eating disorders.

Even a happy event, such as giving birth can lead to an eating disorder because of the stressful impact of the event on an individual’s new role and body image.

Remember, the sooner the treatment starts, the better it is. The longer abnormal eating patterns continue the more deeply ingrained they become and more difficult to treat.

A holistic approach involving all above methods/ways with an experienced team of caregivers and healthcare professionals can help patients suffering from eating disorder regain control of their eating behaviour and their lives!

Good Health is more than just being free from disease or injury. A healthy lifestyle helps you feel good, have a vibrant energy and maintain a positive outlook on life thereby contributing to your physical, mental, social well- being. Your mental health is as important as physical health and work hand-and-hand. Letting go of your eating disorder is one of many ways to move towards good health!

Imagine an event where each and every person has a unique tale to tell, despite having taken similar paths or adventures. Have you ever gone through it? We’re about to share the experience of Kamal Chandran, Group Head - HR at GOQii, who participated in the … END_OF_DOCUMENT_TOKEN_TO_BE_REPLACED