“Mrs. Sharma has been prescribed vitamin shots by the doctor”, gossiped my maid. She explained this both with surprise and fantasy with little clue of what the issue was with Mrs. Sharma. All she knew was Mrs. Sharma had been complaining of constant pain in most bones of her body

My 9 year old nephew, Phagun, pesters his mom to give him chocolate flavored supplement in his milk. He loves chocolate flavor, but he claims that adding this supplement to his milk would enhance the “power of milk” – a clear case of impact of television on children. But, is there any truth in what Phagun is claiming? Let’s understand.

The common thread between the 2 stories above is an essential nutrient called Vitamin D. Also known as the sunshine vitamin, it is produced by the body in response to sunlight. Latitude, cultural dress habits, season, sun avoidance, and sunscreen protection can all limit vitamin D production. Hence the sedentary lifestyle of Mrs. Sharma could be the reason of her problems today.Dietary source of Vitamin D comes from fortified foods such as milk, juices,margarines, yogurts, cereals, and soy, animal foods (oily fish, eggs, and liver).Vitamin D is constantly being used for calcium metabolism and bone and hence its connection to calcium absorption in the bodywhich means Phagun was right.

Vitamin D deficiency has been shown to play a role in almost every major disease like Osteoporosis, Osteopenia, osteoarthritis, Rheumatoid arthritis. Research has shown that there is a correlation between low vitamin D levels, insulin resistance, and inflammation, all of which contribute to PCOS and other hormonal disorders

So next time, if you are trying to avoid sun to save yourselves from tanning or to avoid a risk of an additional pimple, think twice. Absorb the sun, its free and can free you from lot of troubles.

There’s no denying that it takes bravery and guts to perform the tasks undertaken by our Police Force. It is also evident how this job can take a toll on your overall health, mental & emotional wellbeing if one is not mindful enough. Believe it or not, … END_OF_DOCUMENT_TOKEN_TO_BE_REPLACED 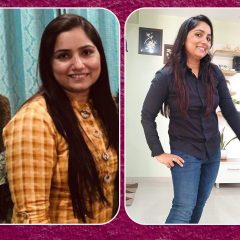 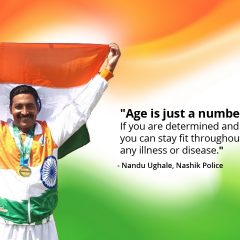