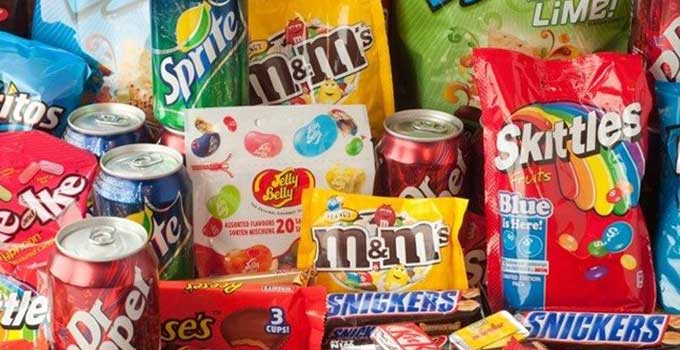 What comes to your mind when you talk about artificial sweeteners? Some say it has zero calories, some say it has lesser calories than table sugar. One day one gentleman came to me for his first consultation and while going through his diet recall, I realized he has been surviving on artificial sweeteners for almost 3 years and he had a complaint saying that despite cutting down on sugar, he is not losing weight!

Diabetic people also feel that their blood sugar levels would get under control if they stop eating normal sugar. People have a common misconception that if they stop consuming sugar, they would lose weight. But, as a nutritionist, I can guarantee that this is not possible. An individual’s lifestyle, BMR, daily activity, stress all of these factors contribute to the weight loss process.

If you ask me, I would say that sweeteners are not safe in the long run. Artificial sweetener is a substitute for refined sugar which has very few calories.

‘Food and Drug Administration’ regulations permit any food product that has 5 or fewer calories per serving to be labelled as containing “zero″ calories. Personally, being a nutritionist, I feel that anything which is artificial acts as a foreign substance which can have adverse effects on the body in the long run. In fact, there are many scientific studies which have proven that using sweeteners especially aspartame leads to neurological disorders like Alzheimer, dizziness, depression in the long term which can be fatal.

Sweeteners however should be used in moderation. If consumed on a daily basis it can get addictive. Today artificial sweeteners and other sugar substitutes are found in a variety of food and beverages marketed as “sugar-free” or “diet,” including soft drinks, chewing gum, jellies, baked goods, candy, fruit juice, and ice cream and yogurt misleading the consumers because even though the label on the pack would show zero calories, it would have good amount of carbohydrates and free saturated fats which is not good for the body.

Today, people easily get influenced by these gimmicks without knowing the pros and cons of the product. Just because a well-known celebrity is endorsing the product it does not mean you blindly go for it. It is in no way a ‘wow factor’ nor is it very healthy. There are many leading companies which promote their products as being the healthiest because it has no calories!! There are several types of artificial sweeteners:

Acesulfame K: Acesulfame K, also known as acesulfame potassium or ace K, is approximately 200 times sweeter than sugar. It is marketed under the brand name of Sunett, Sweet One, and Sweet & Safe. It is commercially used in hard and soft candies, soft drinks, alcoholic beverages, chewing gums, baked goods.

Aspartame: Aspartame is approximately 200 times sweeter than sugar. Aspartame is marketed under the NutraSweet, Equal and Sugar Twin brands. It is commercially used in baked goods and pre-dessert mixes.

Sucralose: Sucralose is 600 times sweeter than sugar. It is marketed under the brand name of Splenda. It is also used in soft drinks, candies, baked goods, and ice creams

Saccharin: Saccharin is 200-700 times sweeter than sugar. It is marketed under the brand name of sweet n low, nectar sweet, sweet twin.

Stevia: Stevia is a new product gaining importance in today’s world. It is a natural-sourced sweetener. (it originates from Stevia leaves). It is 400 times sweeter than sugar. Stevia can be found in thousands of food and beverage products around the world, including teas, soft drinks, juices, waters, flavoured milk, yoghurts, baked goods, cereals, salad dressings, sauces, confectionaries, and as a tabletop sweetener.

To sum it up, use Artificial Sweeteners in moderation. As it is rightly said, moderation is the key. Rather choose for healthier ones like Honey, Jaggery watching out the portion size for each!!

Ami Shah is a post graduate in Clinical nutrition with specialisation in diabetes and cardiac care) from SVT, Juhu, Mumbai. She has also cleared her RD (Registered Dietician) exam and has 2.5years experience in the field of Nutrition and dietetics. Ami has worked with some leading hospitals and diabetologists in the city and is also a freelance nutrition consultant. It’s GOQii’s concept and philosophy that intrigued and appealed her. The idea of inculcating good habits among people, motivating them by spreading positivity without they having to make any drastic changes to their lifestyle interested her. According to her spreading positivity helps one be self-motivated. A big foodie by nature, she loves to try out different cuisines and also cook and explore new places. Cooking and travelling are also good stress busters for her. She opines that being physically fit helps one to be mentally fit as well. Her idea of wok out is ‘Zumba’ which combines with her love for dancing. Her mantra: Positive change in Lifestyle brings a Change in You!

While earning a good livelihood is important, is it taking more life out of living? Long working hours, being seated most of the time with no physical activity and bad eating habits can take a toll on your health over a period of time. If this sounds … END_OF_DOCUMENT_TOKEN_TO_BE_REPLACED