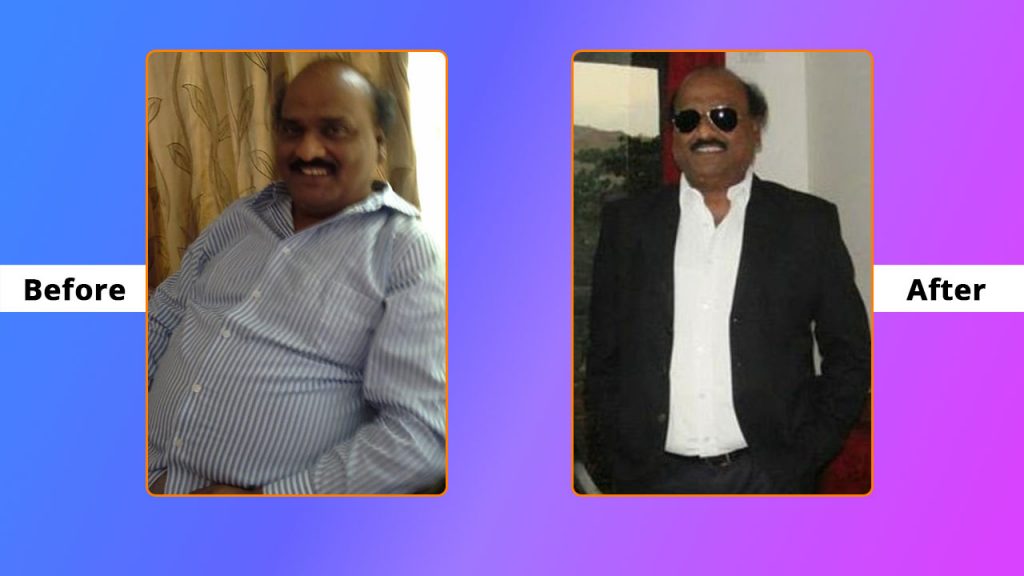 One of the key pillars to achieving your goals is discipline. You may have the best coach, the best nutritionist or even someone motivating you at every step but without discipline and consistency, reaching your health goal will be close to impossible. That’s the thing about setting goals and having plans, they never work unless you do. If you maintain discipline, no goal is out of reach at any given age. Don’t believe us? Here’s the journey of our player Birendra Verma who made a positive lifestyle change by maintaining a disciplined lifestyle!

Birendra Verma is a 60 year old working professional from Mumbai. Before joining GOQii, he never indulged in any physical activity. He led what most of us consider a pretty normal life revolving around work and home. He suffered from Diabetes for the last 10 years and in 2016, he weighed around 103kg. It was in 2016 itself that one of his two daughters decided to gift him a GOQii for Father’s Day, changing his life and health forever!

Making The Shift With GOQii

Upon signing up, Birendra Verma didn’t get any specific diet plan but there were a few modifications made to his lifestyle. His GOQii Coach, who at the time was Coach Kusum introduced him to Zumba – something he follows regularly even today. Later, when his Coach changed to Coach Shraddha, she suggested he walk daily. His current step count ranges from 10k-15k daily. Later, his new GOQii Coach Naina Sudarshan introduced him to breathing exercises, surya namaskar and planks. He initially began with 30 seconds and can now hold a plank for up to 2 minutes.

He says that as a disciplined person, it wasn’t too difficult for him to follow the instructions given to him by his Coaches. They helped him with his diet, understood his enthusiasm, provided him with regular exercises and motivated him every step of the way.

Thanks to the changes introduced by his coaches, within a year of joining GOQii, he had lost 20kgs and currently, as of 2021, he weighs 83kg. He credits this weight loss to his Coach’s suggestion to walk at least 10k steps a day and his own discipline in following through.

What Does Birendra Verma Think About GOQii?

He says that Coach Naina and Coach Shraddha helped him a lot in his journey with GOQii. Coach Naina pushed him a lot to achieve his goals and encouraged him with regular exercises as well as breathing exercises. Coach Shaddha reviewed his regular health checkups and took measures to help him maintain his health.

What Does His GOQii Coach Have To Say About His Journey?

Coach Naina says, “Having a player who is well aware of his own health is always motivating for me as a coach. Birendra Verma is one such player who is very disciplined, dedicated, and maintains consistency with whatever habits that were suggested by me for his health. Going through health conditions like diabetes and hypertension can be challenging as a busy working professional. A person will be at higher risk of getting frequent infections and inflammation with diabetes. Birendra has learnt to manage how to handle such situations without too much dependency on medications these days. His balanced diet, regular physical activities, good sleep routine and mainly knowing how to manage stress have helped him a lot. He is one of the most active and energetic players in his age group that I have seen so far. I am glad to be working with him as a coach to motivate him and guide him every day to maintain his health.”

Are you looking for a Coach like Naina Sudarshan to guide and motivate you? Sign up for personalized coaching here: https://goqiiapp.page.link/bsr

We’ve always advocated that lifestyle diseases can be managed with a balanced, healthy and holistic lifestyle but can they also help you manage a terminal condition? Our Player Ananda Mukherjee, with help from his GOQii Coach, was able to battle such a … END_OF_DOCUMENT_TOKEN_TO_BE_REPLACED