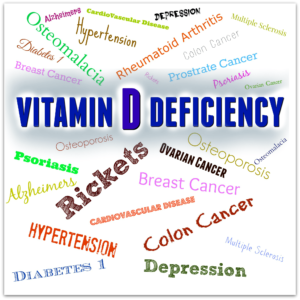 Depression has been called the world’s number one public health problem. The American psychological association states that it is the most commonly occurring mental disorder. In India statistics show a shocking rise in the number of depression cases every single year and it affects almost every age group irrespective of gender.

Most of us know depression is a heterogeneous illness and has many different triggers. Let’s try to identify if VITAMIN D deficiency is one among them.

Vitamin D also was known as the “Sunshine” vitamin is a steroid hormone precursor. It was originally thought to play a role in mineralization of bones for keeping them strong and healthy, but over time research has linked low levels of Vitamin D levels to obesity, heart disease, diabetes, cancer, anxiety and DEPRESSION!

Diagnosis:  The most accurate way to measure how much Vitamin D is in your body is the 25- hydroxylated blood test (25(OH)D). In my practice, I have observed not many have enough or optimal Vitamin D levels which should be over 35 ng/ml

Symptomology:  If you have a Vit D deficiency you may experience following physical symptoms

You may also experience symptoms of Depression that include:

A link between Vitamin D deficiency and Depression

Many research studies have concluded that Vitamin D receptors have been found in the areas of brain that are linked to the onset of depression, It has also been found that Vitamin D affects the number of chemicals called Monoamines such as serotonin, dopamine (also known as ‘happy hormones’) and how they work in brain. Many anti-depressants medications work by increasing the number of monoamines in the brain.

A review of an international research shows Over 31,000 people participated in 13 studies that efficiently studied this area and the results showed a significant relationship between low levels of Vitamin D and depression.

According to a study in the Netherlands involving 1,702 people found that significant low levels of Vitamin D cause the developing of depressive symptoms in individuals. A 2 year follow up suggested that Vitamin D could be a cost-effective part of prevention and treatment interventions for depression.

One type of depression that appears to be even more strongly associated with Vitamin D is Seasonal Affective Disorder (SAD), a mood disorder characterized by depressive symptoms during times of year when there is relatively less sunshine. It occurs majorly during winter seasons. Symptoms of SAD coincide with a reduction in Vitamin D which in turn effects serotonin levels in the brain, thereby causing depressive symptoms.

Other helpful options are to get enough sun (at the least for around 15 mints daily) around midday which can be between 11 am to 1 pm. At this time sunlight is at its highest point and your body may manufacture it more efficiently in less time.

Also, get Vitamin D supplements if your D levels are at extremely low levels, recommended daily allowance (RDA) would be of 600 IU daily, plus a 60,000 IU Vitamin D sachet in milk/curd once every month for 4-6 months(see your physician for more information)

Of course, Vitamin D supplementation is only a part of a comprehensive treatment plan. A plan whether based on pharmaceuticals or natural methods should include psychotherapy. However, low levels of Vitamin D can impair and prolong recovery from depression. Hence, it’s always best to treat a problem holistically!

A Clinical psychologist and a counsellor, Samar Hafeez is driven by her passion for a healthy lifestyle and to motivate others to achieve the same. Armed with a Masters in clinical psychology, she is also specialized in women’s health and hygiene and has gained 6 years’ experience in this field. Samar is an optimist and firmly believes that anyone with a willingness to change his/her lifestyle can do it. She helps people using cognitive and behaviour healing methods –simple as changing disruptive thoughts & behaviour into favouring thoughts and behaviours.

Have you ever suffered from a cold or fever and thought to yourself that you can manage this? In fact, there’s a good chance that with some medication and rest, the symptoms of a cold or fever have subsided. But, when you deal with issues such as Diabetes and … END_OF_DOCUMENT_TOKEN_TO_BE_REPLACED