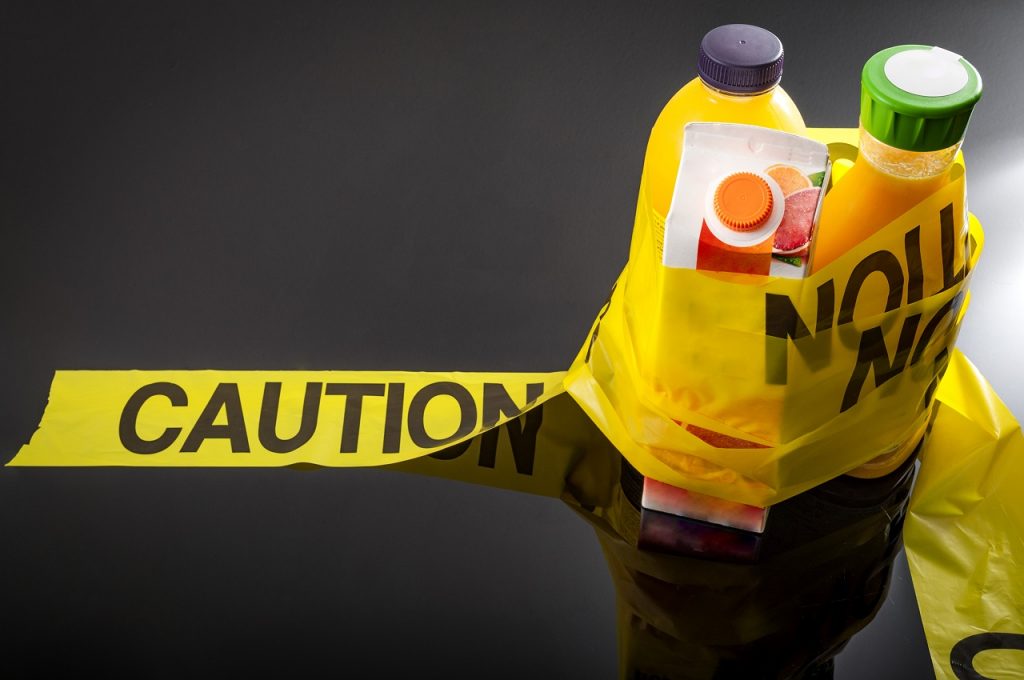 You may have often come across the term ‘Diabetes Reversal’. But can the condition actually be ‘reversed’? “The word ‘reversal’ is a misnomer, as the dictionary defines it as a change in an opposite direction, position, or course of action or back to a former state. Of late, this seems to be used very loosely next to diabetes, and that’s not an accurate way to look at it.

Why is it not accurate? That is because ‘diabetes reversal’ would mean that the medicines are stopped, and the person no longer suffers from the disease. But, this scenario is seldom seen in practice for many patients. Yes, few patients — like the ones with prediabetes are able to ‘reverse’ their conditions for a longer period of time (if they are able to maintain a good lifestyle) but those with chronic, long-standing diabetes, find it difficult to even sustain the reduced medications.

The word ‘reversal’ may actually only mean better control and management to begin with, then slowly tapering off medicines, to finally try and take them off with further work aimed at a situation where you do not go back to medications. If a patient can sustain this state of no medicines with the blood reports staying within the normal limits for five years, then probably we can say that diabetes (type 2) has been reversed.

Myth #1: Type 2 diabetes reversal is easy and can be achieved in 6-8 weeks by joining a program.

Fact: This one is actually a pretty funny and dangerous myth. I would think it’s impossible to believe something like this. But, people do believe it as they tend to get desperate to get rid of the condition and hence, go to any extent where they see a ray of hope, which makes it dangerous. Fad diets or even strict diets can show the blood reports getting better along with a reduction in weight (4-5 kgs every month). But, this drastic change can cause other issues later in life including chronic deficiencies.

While on the program, the patients are also taken off the medicines (since the blood reports look better) but once the program ends, and those who aren’t able to sustain the changes, the sugar starts to increase and this time with a vengeance. Some even end up rushing back to their original doctors who understandably get upset as they fear the damage caused and invariably have to increase medication. Thus, the patient suffers the most at multiple levels and what starts as a ray of hope for the patient ends up being a ray of destruction.

Myth #2: Cut out carbs, fruits and sugar and you will reverse type 2 diabetes 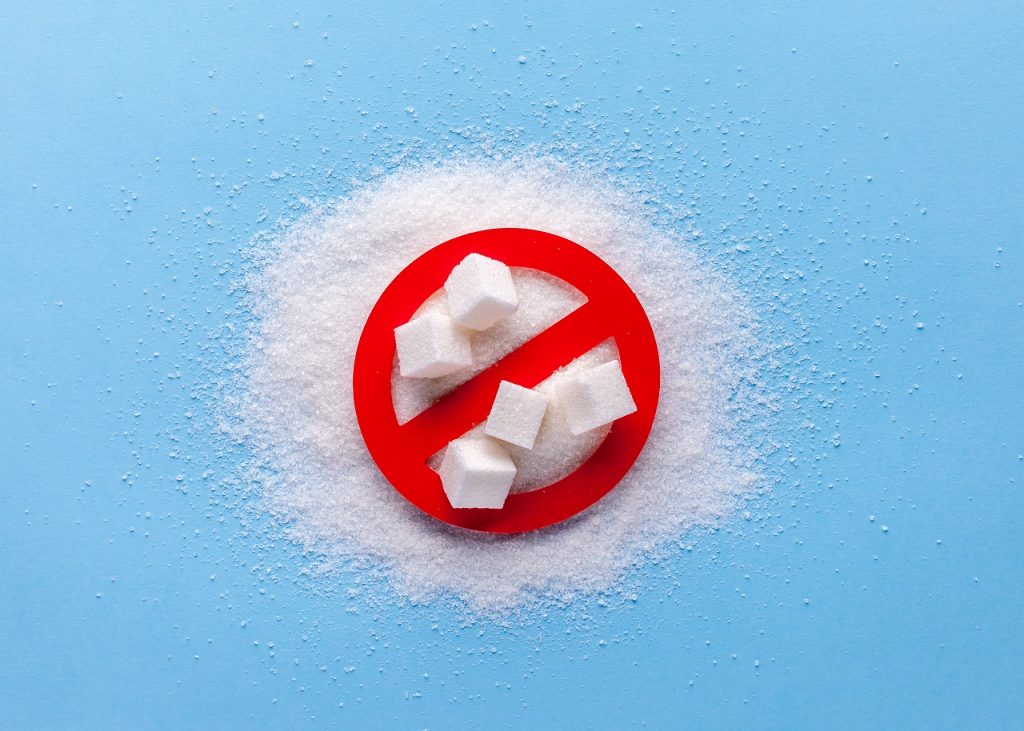 Fact: The patient will definitely get the numbers down initially, at least on paper. But, apart from the nutritional benefits that they will miss out on, it’s very unlikely that diabetes reversal will be achieved.

I want to help you all understand that the major source of the problem such as inflammation or insulin resistance is the refined carbohydrates and sugar that are present in cakes, pastries, sodas and even packaged foods. Grains and fruits can increase the sugars but it varies from person to person. If they are balanced with fiber, proteins and fats, then you will be surprised to know how well the sugars are regulated. We have a tendency of eating 5-6 chapatis or a big portion of rice with just a touch of vegetables (sometimes the quantity is even lesser than pickle) and sometimes no dals or beans or even curd. So, instead of going extreme and cutting down everything (which again becomes difficult to sustain), look at including a balanced meal as you will not only have better blood sugar but also improve your overall health.

Myth #3: Do fasting and you will reverse diabetes

Fact: This one is really doing the rounds. This might not be a myth but rather an exaggeration. It makes sense to fast as you will end up consuming lesser food (>12hrs – you mostly will end up missing one major meal). Initially, one will witness weight loss and the gut along with the pancreas will get some relaxation during the fasting period. Fasting is an age-old practice and does have benefits if done the ‘right way’. It’s however important to know what’s the right way to fast.

The answer to this question is that it varies from diabetic to diabetic and also depends on the co-morbid conditions, current medications, insulin and how much the blood sugar fluctuates. Of course, eating 2kg of fruits or eating “anything and everything” during the eating window isn’t going to work, so such behaviour is not encouraged. Also, if you are continuously fasting for weeks or months together, then be careful about muscle health, gut health and even your metabolism as all of these can take a slight dip. Fasting when used as one of the tools for better diabetes management under the right guidance should help in the overall improvement of the patient’s health.

Myth #4: I will not be able to reduce medicines or get off them because I have a family history of diabetes. 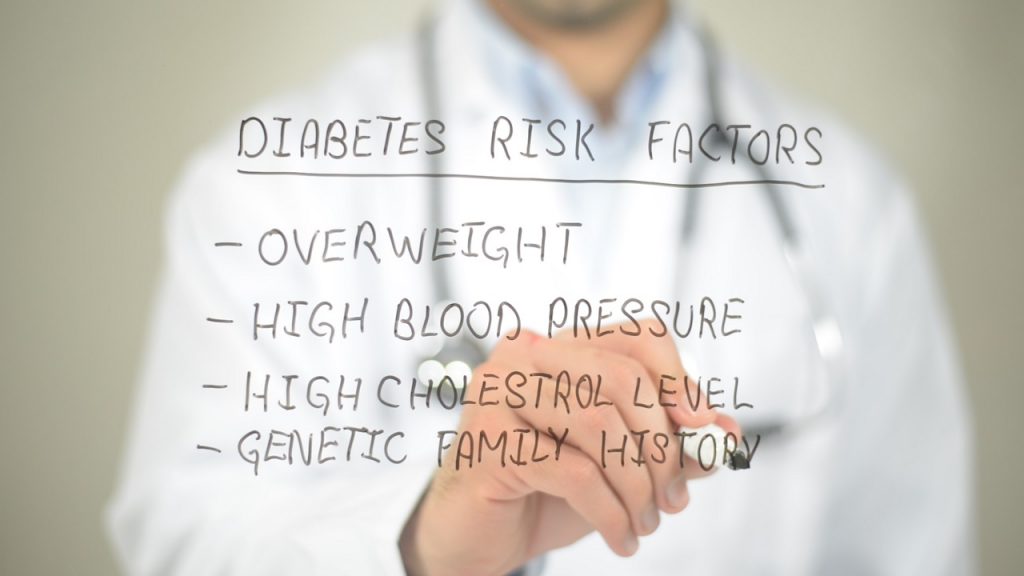 Fact: Family history, especially if both parents have diabetes, does play a big role in making a person predisposed to diabetes. But it’s not the only factor that triggers diabetes. It’s, in fact, your lifestyle, your daily habits repeated over a period of time that finally leads you to diabetes. So, in the same way, you might have to be more particular and take better care of yourself. If done consistently, one can hope to see the medicines reduced, in spite of the family history.

Of course, prevention or postponement is better than reversal so if people can start following a healthier sustainable lifestyle then they can keep diabetes away for a longer time or even if they get it, they can manage it with minimum medicines. Better control can also help to reduce chances of the complications.

Myth #5: If I start medicines or insulin, I will never be able to reverse the diabetes

Fact: I feel this is one myth that should be broken as soon as possible. Many times starting medication or insulin earlier can actually help you conserve the beta-cell function (cells in the pancreas that produce insulin), further increasing your chances of getting off the medicine sooner provided you have made the lifestyle changes simultaneously. If the patient refuses to make basic changes like eating better, getting regular exercise, sleeping and managing stress better, then the medicine will also not get the desired support and that can further lead to an increase in the medicines.

So it’s time the diabetics reset their mindset. Stop doubting every doctor or medicine and take responsibility for your health by making the right changes so that diabetes reversal can become an easier reality in the coming years.

Myth #6: Type 1 diabetes can be reversed

Fact: Simply put, not yet. If anyone at this point is claiming or promising reversal of Type 1 diabetes, then that’s far from the truth. There’s a lot of work and research going on in this field but nothing conclusive has been shown. I do feel and hope that it’s a matter of time and in this interim, we all need to build up our patience and instead work on the information that we have and at least better manage type 1 diabetes. Type 1 diabetes doesn’t stop a patient from doing anything or living a good life, so if you have that worry or fear, it’s a good time to start changing it.

To summarize, diabetes reversal (the real one as I have mentioned above) is possible if the question on reversal is generic. But, we now need to ask the question differently – can I reverse my diabetes? If not then can I live healthy, fearlessly with diabetes – and the answer will always be a big yes!

We hope this article helps you! For more on Diabetes, check out Healthy Reads.

Dr. Akshat Chadha, M.B.B.S., is a General Physician along with an M.B.A in Healthcare Management. As a doctor, he has done extensive work in the field of Endocrinology with special emphasis on Diabetes, Thyroid, and Obesity. He has also been involved in the screening of school kids for obesity along with organizing multiple health events for promoting Wellness. These very aspects have made him a firm believer in the concept of Lifestyle. He is one of those doctors who if given a choice will not prescribe medicines for instant treatment. He believes in the idea of non-medication and changing one’s lifestyle by just having the right attitude. According to him, it’s you and the lifestyle you lead that will determine how healthy and disease-free your life is going to be in the future. The paramount for achieving a healthy lifestyle is by creating a good balance to remain physically and mentally fit. He himself takes health and fitness seriously and has transformed his own lifestyle by making small changes. He is regular at the gym working out 4 times a week and walks for at least 20 minutes after dinner apart from clocking his 10000 steps daily. He is a strict vegetarian and a foodie. He loves to experiment with vegetarian recipes and has quite a few. He truly believes that staying active throughout the day along with eating right is the best prescription a Doctor can give to his patients.

Imagine an event where each and every person has a unique tale to tell, despite having taken similar paths or adventures. Have you ever gone through it? We’re about to share the experience of Kamal Chandran, Group Head - HR at GOQii, who participated in the … END_OF_DOCUMENT_TOKEN_TO_BE_REPLACED