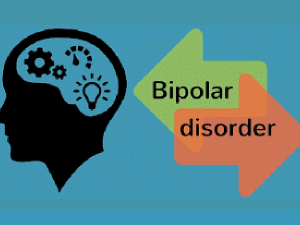 In 2013, the celebrity world across the world was shocked when they heard that Catherine Zeta-Jones of Mask of Zorro, ‘Chicago’ and ‘Ocean’s Twelve’ fame declared she was suffering from ‘Bipolar II disorder’ and had checked into a hospital for treatment. There were a lot of discussions in media related to Bipolar Disorder- a kind of mood disorder which even the elite cannot escape away from if it grips them.

Similarly, I had a patient named Jalaj (name changed) who was detected with bipolar mood disorder. He got to know of his condition in a fairly unpleasant way. It began with him having trouble in his married life due to his unexplained aggression. Initially, his parents and wife were apprehensive to consult a psychiatrist because they considered seeking help for mental health a taboo. They thought he was stressed due to the financial burden. But, eventually, when his behaviour got worse, they consulted a psychiatrist who after diagnosing declared him to be ‘Bipolar’. His family, wife and friends stood by him in his trying times and he recovered in 6 months without medication. Unfortunately, most of us consider taking anti-depressants to be a sign of mental weakness.

When fights and Jalaj’s behaviour went out of control, it was on the insistence of his wife that the family consulted a shrink for professional help. On taking Jalaj’s history, the psychiatrist found that he had suffered a bout of depression 4 years ago also which was his first episode. He was 20 years old then.

Bipolar mood disorder typically starts in early adult life, between 18 to 22 years of age. Jalaj’s first episode of depression was also for no obvious reason. His wife Dimple reported that during the two years of their married life she did feel he had a lot of mood fluctuations. These mood fluctuations are called cyclothymic mood changes in medical terminology. The person swings between a mildly good and mildly low mood throughout the day and entire life. When his father came to know of his son’s diagnosis he confirmed that Jalaj’s grandfather was also bipolar. He used to have the bout of depression every 3 years and recover from it in 6 months. Bipolar Disorder is strongly hereditary and runs in families.

Let’s understand what is Bipolar?

A person afflicted with bipolar mood disorder goes from mild depression into moderate and then severe depression followed by a return to normal state for few months and then goes into mild mania and then hypomania in a cyclical and periodic manner throughout adult life. The word BIPOLAR means having two extremes which are poles apart. The medical reason is that the neurotransmitters serotonin, dopamine and norepinephrine fluctuate for no explainable reason. Hence it’s a chemical imbalance.

5% of world population is estimated to be bipolar. Impulsiveness is another hallmark feature of a bipolar. They hardly think before doing most things. When in an excessive happy mode, a bipolar tends to go on a buying spree. A bipolar person is also prone to aggression, alcohol, smoking and drug addiction, hypersexuality or promiscuous behaviour in mania phase. 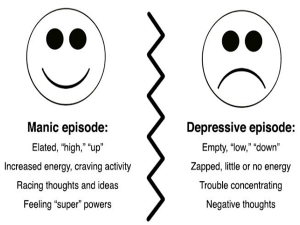 Jalaj takes medication as prescribed and follows up with the shrink once every 3 months. Thankfully he is leading a happy married life again and Dimple also understands what he goes through and is able to counsel him. Daily meditation also helps Jalaj deal with his mood fluctuations. 8 hrs of sound sleep is essential on a daily basis for him so that he does not lose his sanity.

It is critical that bipolars’ take treatment because there are chances of attempting suicide during a major depressive phase. Many bipolar utilize the hypomania phase to be more creative and productive and achieve professional stardom. In a way, they turn it into a gift. Bipolar can be well controlled and one can lead a healthy life. On a lighter note, a bipolar person has a happening life with lots of ups and downs.

Imagine an event where each and every person has a unique tale to tell, despite having taken similar paths or adventures. Have you ever gone through it? We’re about to share the experience of Kamal Chandran, Group Head - HR at GOQii, who participated in the … END_OF_DOCUMENT_TOKEN_TO_BE_REPLACED