If you thought Mt Everest is the only tough climb, then you are mistaken. The walk to EBC is equally tough and can be considered as a mini expedition where you have to literally push your limits both physically and mentally.

This is exactly, what the GOQii Titan’s are doing. They are looking to push themselves to a limit to question their sanity and find out why they have signed up to do this trek. Each one have their own reasons though for signing up.

While, Dr Ninu, a doctor signed up as she felt she has always been some sort of a weakling all her life. Ridiculed by her friends’, parents and family! Even she herself had serious doubts about her own physical fitness. After attempting one high altitude trek to 14000 ft which she says was not a good experience as she could not complete it successfully. She says, she probably had a phobia for high altitude! And a phobia is an irrational fear.

According to Dr Ninu, Courage is not an absence of fear but, it is all about an individual’s ability to act sanely in the presence of fear!  Dr Ninu now intends to realize her dream of camp! “This would be the harbinger of some more daring quests in life! You only live once ….. and I know I will make it count !” , says Dr Ninu.

For Harpreet Gondal it all about getting out of her comfort zone and for Vishal Gondal, it’s about a challenge to test his mental and physical strength in an unknown terrain and how well he can endure the strain.

Jitu Arora says, it’s about coming back with some positive learning, more knowledgeable and fitter and perhaps be more appreciative of nature.

The Titans including Vishal Gondal, CEO, GOQii led by their guide Pavan Manne will trek for 15 days ( ten days from the starting point in Lukla to Base Camp and five days trekking back down) and will traverse scenery that will literally take their breath away.

The Titans, began their adventure in the early hours of this morning wherein they braved a 40 minute flight to Lukla in a small, roaring aircraft. It’s a once in a lifetime opportunity to be on this flight which it is said that only the best pilots in Nepal can navigate their way through the treacherous valley. At an altitude of 9,325 feet (2,843 meters), this small airstrip has the dubious distinction of being one of the most extreme and dangerous airports in the world. The wobbly flight with the constant roar of the engines can leave you a bit unsettled but, it’s a perfect start to a great adventure to EBC.

From Lukla the team will trek to their first halt Monjo at 9219 feet (2835 mts), it will take them around 5-6 hours and is mainly downhill trek through forests of rhododendron, magnolia trees and pine. The first village that the team will encounter is Phakding after passing through several small settlements with prayer wheels, flags, prayer stones, lodges and shops. Generally, some stop here for tea and continue on through small settlements until they reach Monjo, which is the headquarters of the Sagarmatha National Park. Here is where trekkers get their TIMs Card and permit to the National Park and move ahead.

After a good night’s rest, the team will trek to 3,440 metres to the well-known Namche Bazaar – a market haven – except it takes one six hours to 8 hours of high climbing in the dry heat, steep steps and a series of swaying suspension bridges just to get there. 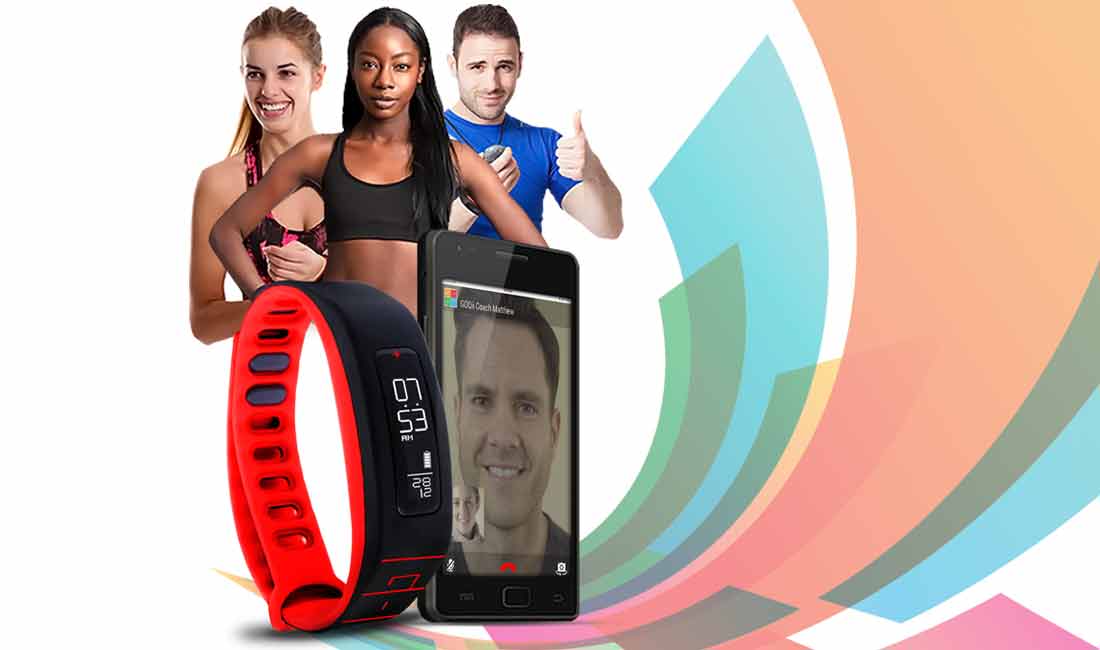 We are very pleased to announce that our next Early Access Beta round is now open for US and Canadian residents. However, enrolment is limited and spaces are starting to fill up.

We received very positive feedback from our Round 1 participants and with the new and improved GOQii Band and App, we’re expecting to truly wow our next group of North American GOQii players.

If you or someone you know lives in U.S. or Canada, don’t miss this opportunity to get GOQii at 60% off our public launch price later this fall. Once you really want something, the entire universe conspires in helping you achieve it.

With GOQii we have set out on a quest to help people #betheforce, A force of good, A force which helps others by helping yourself.

A force comes from knowledge and ‘The Force’ is getting more powerful!

It’s a proud moment for team GOQii. I am very excited to welcome Neeraj Arora and Marco Argenti as part of the GOQii Family both of whom have invested in GOQii in their personal capacity.

I know both Neeraj and Marco for several years, they can immensely help GOQii in its vision of helping millions of people become fit and happy by taking the wearable tech space to the next level by not just providing people with data but motivating them to bring about a positive change in their life.

Neeraj is an IIT graduate who, gave up his high profile job managing global M&A at Google to join one of Silicon Valley’s hottest starts-ups WhatsApp now part of Facebook and a household name that most are addicted to

Marco Argenti, himself a fitness freak and 5 times marathon finisher is the Vice President, Mobile for Amazon Web Services. A graduate with a computer engineering degree from University of Pisa, he also has the experience of having started his career as an early web entrepreneur in 1995. He has the experience of running an e- commerce start up in Canada and a mobile startup in Italy. Apart from being passionate about technology, he loves to play and collect electric guitars. After months of testing and going through our first mover programme, we are now glad to announce our official consumer launch in India today. We thank all our beta users for their patience and support. We are constantly evolving to better and improve the user experience.

Everyone who is on the path to lifestyle change, can now get the GOQIi Life and be assured of a healthy lifestyle and future.

You can now subscribe to this ecosystem for six months at Rs 6999 or even better go in for a year’s plan that costs Rs 11,999 plus taxes.

It’s not about just subscribing, getting the band and wearing it on your wrist, you will also get a personal coach who will help deciphering the data such as the steps taken, calories burnt, hours of sleep clocked in the band. Our coaches will help you understand your current lifestyle data and make small changes that will ultimately result in a sustainable shift towards a healthy lifestyle.

GOQii Life is a concept of good living and good Karma. It does not matter if you are a regular fitness freak or just started yesterday, it’s for everyone to be motivated on a daily basis and contribute to the society at large.

What’s the point of leading a healthy life when you cannot do a little good towards those who are not as privileged as we all are. According to me good Karma should not be an occasional activity but be a part of our daily lives. As a subscriber to GOQii Life you will be able to do good on a daily basis.

So don’t wait, don’t think, just get on your health journey….#betheforce

Have you ever suffered from a cold or fever and thought to yourself that you can manage this? In fact, there’s a good chance that with some medication and rest, the symptoms of a cold or fever have subsided. But, when you deal with issues such as Diabetes and … END_OF_DOCUMENT_TOKEN_TO_BE_REPLACED