According to the EURO Symposium, a chronic disease has been defined as “An impairment and/or function that necessitates a modification of patient’s normal life, and has persisted over an extended period of time”. According to a report by WHO, the total number of people dying from chronic diseases is double that of all infectious diseases (including HIV/AIDS, tuberculosis and malaria), maternal and perinatal conditions, and nutritional deficiencies combined. The exact cause of any chronic disorder is not yet known, though it is concluded that it is multifactorial and many theories have proved there are associated risk factors.

Prominent of chronic diseases are

Main causes for these are

These lead to raised blood pressure, glucose levels, abnormal blood lipids, overweight and obesity. If you indulge in the above, you are at risk! There are numerous other factors which cause chronic disorders and are beyond your control, for instance:

What can be done?

You can’t blame the government for your health! You play a VERY IMPORTANT role in being healthy

A detailed account of all chronic disorders is difficult to mention in this blog, but be rest assured, you are shaping your health every moment. Your attitude, mental health, physical habits and way of living life at this moment decide your next. So you take a call whether you want to stay healthy and cherish this creation or be a victim of chronic disorder tsunami which is engulfing us today. CHOICE IS YOURS……. 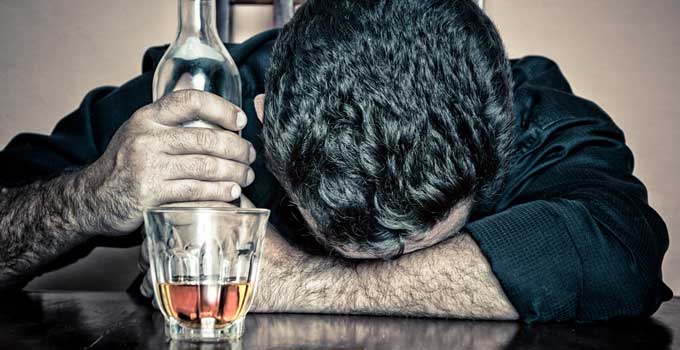 Today, most of are used to late night parties- be it an office party, a birthday party, a marriage anniversary or the likes. Partying has been taken as a way to relieve our stress and thereby let your hair down and enjoy.

One of the most common beverage in parties is ALCOHOL…Any celebration and there is alcohol to celebrate it with or in other words there is beer, vodka, champagne, tequila, rum, whisky, etc…..flowing like water does. Some people enjoy drinking alcohol be it hard liquor or beer, while some are social drinkers who drink to enjoy and celebrate. Many drink under the garb of being stressed or over worked. The stress drinking invariably ends one to become an alcoholic.

The harmful effect of alcohol is known to all what it can cause to our body and immune system but, yet there is this constant feeling of wanting to drink at the drop of a hat.

The real fact is that one is not completely aware of the dangerous side-effects of alcohol and that it can get one addicted to it which is harmful for one’s immune system and the liver.

A good immune system helps our body to fight diseases and virus that enter our body. But, too much of alcohol deprives the body of valuable immune-boosting nutrients such as Vitamin A, and can make white cells, which is our body’s defense against illness and disease – less able to kill germs.

Damage to the immune system increases with the level of alcohol consumed. For those who are addicted to alcohol there are several issues such as

Binge drinking and continued alcohol use in large amounts are associated with several issues and heart problems including:

•                Vitamin B1 deficiency, which can lead to a disorder characterized by amnesia, apathy and disorientation

By the way alcohol is not just harmful to your body and its system; it can also lead to weight gain. As per research, Calories from alcohol are ’empty calories’, they have no nutritional value. Most alcoholic drinks contain traces of vitamins and minerals, but not usually in amounts that make any significant contribution to our diet.

Drinking alcohol also reduces the amount of fat your body burns for energy. While we can store nutrients, protein, carbohydrates, and fat in our bodies, we can’t store alcohol. So our systems want to get rid of it, and doing so takes priority. All of the other processes that should be taking place (including absorbing nutrients and burning fat) are thus interrupted due to alcohol.

Here are some of the various forms drinks and the alcohol content in them :-

Having said all this would you still want to consume alcohol? Think twice.

We’ve always advocated that lifestyle diseases can be managed with a balanced, healthy and holistic lifestyle but can they also help you manage a terminal condition? Our Player Ananda Mukherjee, with help from his GOQii Coach, was able to battle such a … END_OF_DOCUMENT_TOKEN_TO_BE_REPLACED