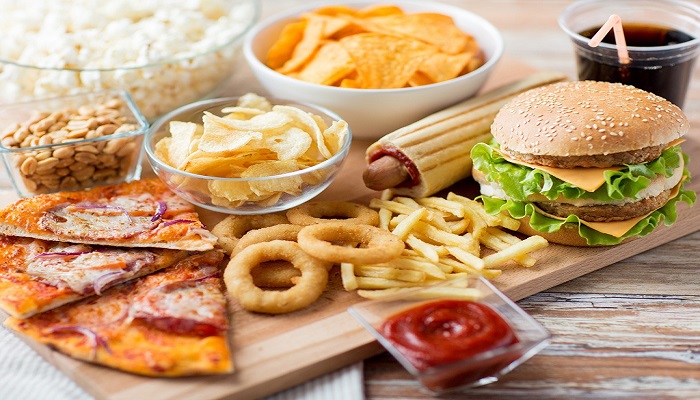 Children who consume a high amount of salt are likely to consume more sugary beverages, putting them at risk of unhealthy weight gain and obesity, Says a new study published online in journal Pediatrics.

Researchers at Deakin University’s Centre for Physical Activity and Nutrition Research analysed data from the 2007 Australian National Children’s Nutrition and Physical Activity Survey, which collected diet and physical activity information from 4,283 children aged 2 to 16 years. The researchers looked at the children’s consumption of dietary salt, fluids and sugar sweetened drinks.

Previous Deakin research has shown children are eating around 6 grams of salt a day or four times more than is recommended. The researcher said, together with the results of this new study, it is becoming even clear that there is a need to keep a closer eye on how much salt our children eat to help ensure they lead long and healthy lives.

They also concluded that High salt diets not only put children at risk of serious long-term health problems, such as developing high blood pressure later in life which is a major cause of stroke and heart disease, they are likely to be contributing to the rates of overweight and obesity.

So here are 5 ways to Use less Salt

Sodium chloride (salt) is essential to the body. The Sodium in salt helps transmit nerve impulses and contract muscle fibres. Working with potassium, it balances fluid levels in the body. But, you only need a tiny amount of salt to do this, less than one-tenth of a teaspoon. The Average American gets nearly 20 times that much.

The body can generally rid itself of excess sodium. In some people, though, consuming extra sodium makes the body hold onto water. This increases the amount of fluid flowing through blood vessels, which can increase blood pressure.

Most of the salt that we consume comes from prepared and processed foods. The leading culprits include snack foods, sandwich meats, smoked and cured meat, canned juices, Canned and dry soups, pizza and other fast foods, and many condiments, relishes, and sauces-for starters. But enough comes from the salt shaker that it’s worth finding alternatives.

Here are 5 ways to cut back on sodium when cooking or at the table:

Imagine an event where each and every person has a unique tale to tell, despite having taken similar paths or adventures. Have you ever gone through it? We’re about to share the experience of Kamal Chandran, Group Head - HR at GOQii, who participated in the … END_OF_DOCUMENT_TOKEN_TO_BE_REPLACED