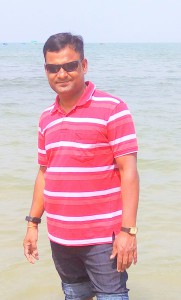 IT’S NOT A DIET

IT’S NOT A PHASE

Lifestyle change works for all provided one is determined to make that change. Be it blood pressure, heart ailment, diabetes or even cancer, a lifestyle change has provided the most effective and sustainable result. Many think that making a lifestyle change is an arduous task but, there are few others who think otherwise and are very determined to make that change so as to have a good life in the future. Vilas Lange from Ahmedabad is one such gentleman who decided he wanted to change his lifestyle if  he wanted a healthy life in the future.

His journey started with getting a tracking device  a year ago, His goal was to reduce his weight and triglycerides. the tracking device GOQii  also provided him the coach and doctor facility who helped him initially start with basic exercise and nutrition. Exerciing daily has helped him reach his target step count of 10000 to 12000 steps daily and right nutrition that helped him reduce his weight from 86 kegs to 79 kegs.

Vilas has had an issue of high triglycerides for past 11 years. His triglycerides are very high (@450) however, since being on the GOQii platform he has been able to control it and bring down a bit and is currently working on reducing this further with the help and guidance of his coach, GOQii doctor Andy his personal doctor.

Vilas now follows an exercise regime of walking at least 25 Kim’s a day and on Sundays he works out with the Active Sunday group for an hour.According to him Actove Sunday is a wonderful platform or concept where an inidividual gets to meet like minded individual who motivate and learn each other.

Sandeep Gupta is 55 years old and is a businessman who renders services to the Ministry of Defense. He was overweight at 86kg and suffered a lot from gastric and chest pain. This continued for 5 years and he was on medication as well. However, in the past 6 … END_OF_DOCUMENT_TOKEN_TO_BE_REPLACED