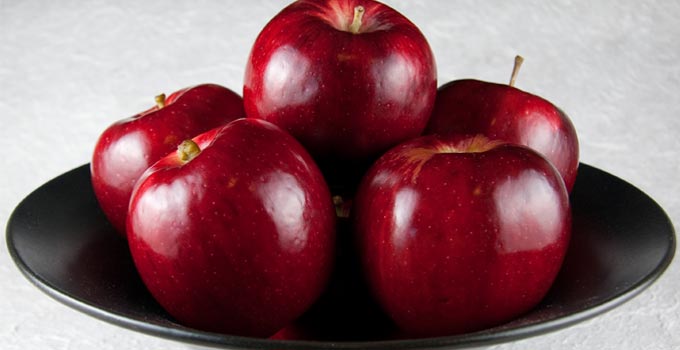 One of the most popular adages is “An apple a day keeps the Doctor away”. But, on second thoughts I have always wondered why is it said so? Do we really know what makes an apple so special? Why is it that we never hear an orange or a banana a day keeps the doctor away? Does apple really have any value? Could an apple honestly help a person to maintain perfect health?

In the 19th century, a publication printed this adage saying: “Eat an apple on going to bed, and you’ll keep the doctor from earning his bread.” Nearly, 150 years later, variations of this adage is still quoted. It’s unlikely that the saying would have maintained such popularity if there wasn’t some truth to it, right? With that in mind, let’s consider some of the apple’s components and their effects on our health.

Apples have properties that no other fruits have and its benefits have been proven overtime. We will be able to get the benefits of these properties individually with other fruits, but an apple combines everything and makes it simpler. It has been shown over and over that if it’s not simple, easy and fast, people won’t take care of their health.

Apples have a good claim to promote health. They contain Vitamin C, which aids the immune system. A lot of people who lack Vitamin C in their diet have poor healing, bruise easily and have bleeding gums. It can prevent both coronary heart disease and cardiovascular disease because apples are rich in flavonoid. Flavonoids are also known for their antioxidant effects. Apples contain phenols, which have a double effect on cholesterol. It reduces bad cholesterol and increases good cholesterol. They prevent LDL cholesterol from turning into oxidized LDL, a very dangerous form of bad cholesterol which can be deadly.

Apple protects your brain from brain disease. This is something that many people don’t know, and when you consider that your brain makes the person you are, it gives a whole new perspective. Apple has substances called phytonutrients, and these phytonutrients prevents neurodegenerative diseases like Alzheimer’s and Parkinsons.

We are all aware that cancer comes in several forms and in different places. Apples target multiple cancers such as colon cancer, prostate cancer and breast cancer in women. A research at the University of Nottingham Research shows that people who eat 5 apples or more per week have lower respiratory problems, including asthma.

The best thing about apples are that they are low in calories. A regular size apple has between 70-100 calories. Eating an apple when craving for candy or chocolate can make the desire disappear since Apple in itself contains sugar, but gives you only ¼ of the calories. They taste great too! Not only that, they also come in many flavours and colours. Not in a mood for a red apple? Why not get a green one. Their taste can vary greatly, but still give you all the apple benefits. Variety is an important element to maintain your health.

An Apple can also prevent tooth decay. Tooth decay is an infection that seriously damages the structure of your teeth, which is caused primarily because of bacteria. The juice of the apples has properties that can kill up to 80% of bacteria. So there you go, ‘an apple a day also keeps the dentist away too’!

With all these benefits that Apples bring with it I would say an Apple a day does not just keep the doctor away but does a Lot More Than That!

Ashwini believes that Fitness is key to all good things in life and wants to lead a healthy lifestyle for herself and others. According to her positive habits can create a new “YOU” a “HEALTHY YOU”. Armed with a Post Graduate Diploma in Food Nutrition and Clinical Dietetics, she is now also pursuing Diabetic Educator Certification. Prior to joining GOQii she has worked as a National Nutrition Group Head and has also had an experience with reputed hospitals, gym and slimming centers. She is adventurous, foodie and loves to travel to new places. She is passionate about Dance and considers it to be one of the best ways to be healthy. She also loves photography and swimming. Ashwini says, “Fitness is not about being better than someone else…. It’s about being better than you used to be”.

Imagine an event where each and every person has a unique tale to tell, despite having taken similar paths or adventures. Have you ever gone through it? We’re about to share the experience of Kamal Chandran, Group Head - HR at GOQii, who participated in the … END_OF_DOCUMENT_TOKEN_TO_BE_REPLACED