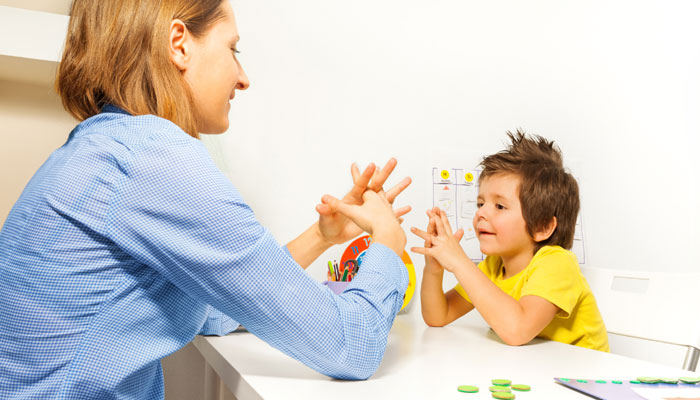 I have had firsthand contact with 2 children with autism in my complex and hence I wish to share my experience with these children and talk about Autism. An autistic child lives in her/his own world and finds it quite difficult to associate and relate to the external world. The child takes a long time to bond with another person, even the mother child bonding takes very long to develop. Children with autism seldom establish eye contact, do handshakes and give high fives like their counterparts. They seem extremely shy but the issue is deeper than just being plain simple shy.

Let me take you through these kids’ stories and also in the process talk about what is Autism?

This is the story of Rudraesh, 13. He is the second son and his mother recalls that when he was brought home from the maternity ward after 4 days, he cried a lot for the next 2 days. This behaviour of his was peculiar as she remembers her elder son never reacted this way. In hindsight, she says that it was typical of an autistic child to be uncomfortable in a new environment. When her son did not develop the social milestone of smiling at another person which her elder one had, she got worried and consulted the paediatrician who confirmed her fear that he was autistic.

Autism is a spectrum of disorders in which the difficulty to adapt to the world and be able to take care of oneself varies from mild to severe. Rudraesh is severely autistic since it took 12 years for him to get toilet trained and hygiene conscious. Since his elder brother is normal, his mother feels the reason for his autism is the undue emotional stress she had while she was pregnant with him.

The exact cause of autism still eludes mankind. Researchers are trying to find possible associations which lead to autism. A strong belief is that MMR vaccine (Measles, Mumps and Rubella) predisposes a child to autism. Indiscriminate use of antibiotics during pregnancy and infancy is also suspected to increase the chances of autism. It appears that autism runs in families since many extended families have more than one child affected by it.

Rudraesh has the good fortune of having a dedicated and caring mother and a father who is earning well. She has painstakingly ensured that he picks up basic survival skills and his father spares no expense in getting best possible assistance in the form of special schooling and occupational therapy. Their dream is that Rudraesh can earn a living for himself and be self-sustained. It’s a challenging dream but with the hard work that both parents are putting in, it looks like a reality albeit in distant future.

The second story is that of Madhav, 5. Madhav’smom was heartbroken when the paediatrician diagnosed him to be a mildly autistic child. Initially, she thought her son was mentally retarded. Unlike mentally retarded children, autistic children usually are gifted e.g a few of them have a drawing and painting talent and some are excellent with numbers. Remember Dustin Hoffman’s character in the epic movie Rainman?

Hoffman played an autistic adult who won his brother millions in the casino because of his mathematical gift of predicting permutations in the card deck. Madhav is a mild case because he was able to do a lot of other activities which kids his age did except that he didn’t know his name was Madhav, something a normal 8 months old definitely knows. He wouldn’t respond when his name was called out. Since his autistic trait was diagnosed in time and his parents took help from a good team of therapists who treat children with developmental delays, at age 4 years he is now at par with other normal children. The therapy involves multiple innovative ways of stimulating the child’s brain to grow and learn and catch up.

To summarize, autistic individuals need a lot of support and patience from the society so that their troubles can be minimized.Occupational and behaviour therapy specialists along with parents of these children make a lot of efforts to help them learn to integrate with the world around them and we as mature citizens also need to support them by being non-judgemental and understanding.

While earning a good livelihood is important, is it taking more life out of living? Long working hours, being seated most of the time with no physical activity and bad eating habits can take a toll on your health over a period of time. If this sounds … END_OF_DOCUMENT_TOKEN_TO_BE_REPLACED