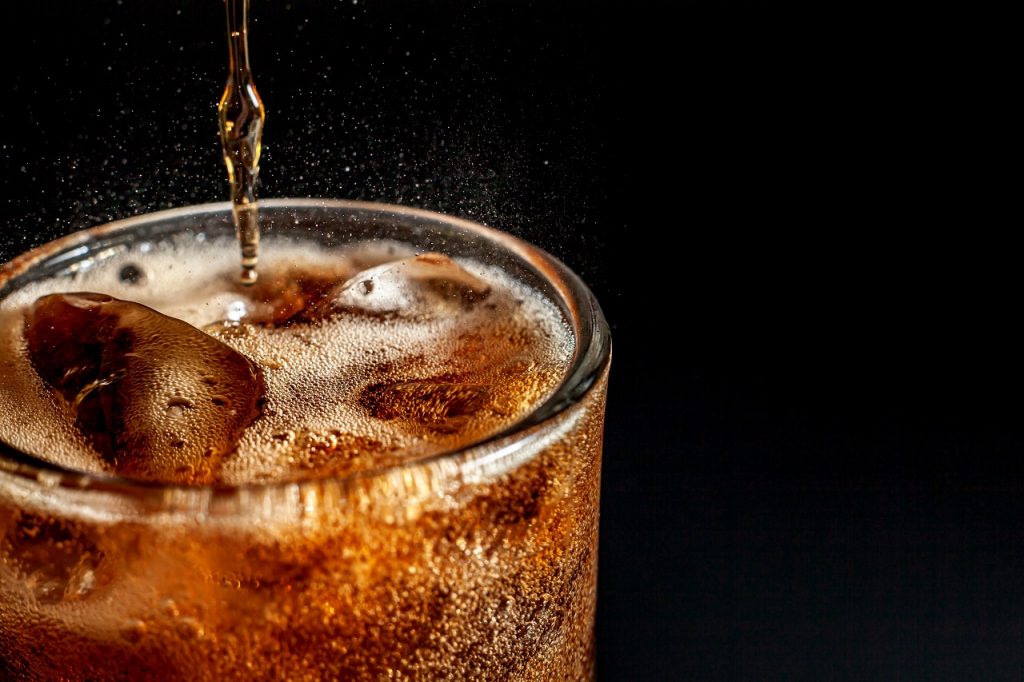 It’s time to #LevelUp your health! What do you think will be a good alternative for you instead of a soft drink? Leave your thoughts in the comments below! Want to know more interesting facts? Ask your GOQii Coach by subscribing for personalized coaching here: https://goqiiapp.page.link/bsr

For more articles to help you live healthy, check out Healthy Reads. Sugar… as sweet as this word sounds one needs that much more careful. Behind all that shine there is a deep dark secret.

Sugar is an empty calorie. Empty calories are foods that provide high amounts of energy with very little or zero nutritional value.            Sugar that does not get broken down by the body will be converted to fat. Sugar makes you very hungry and gives rise to what is known as ‘hunger craving’. In this case, you may not be physically hungry, but your body demands more food or more sugar to bring your blood sugar levels back into balance.

Sodium benzoate, which is derived from benzoic acid, has been used for years by the carbonated drinks industry to prevent moulds from developing in soft drinks. The ingredient has been a subject of concern for cancer because when mixed with Vitamin C, it turns into a carcinogenic substance called benzene. An international news report once said that the Cola drinks lead to the formation of stones in the kidney which can gradually damage the kidneys. The acid and radical mineral imbalances in dark-coloured sodas affect the kidneys. The phosphoric acid in the drinks’ absorbs calcium from bones and is eliminated through the passage of urine. This slowly forms stones in the kidney.

The phosphorus acid content takes away calcium from the bones thus leading to bone loss. Well, this is not enough!! There is more to learn about SUGAR.

It makes your body acidic which is a house for the pathogens to breed in.

Sugary drinks do not make you feel full and are strongly linked to weight gain. Large amounts of sugar are turned into fat in the liver. Sugar also increases belly fat as it contains no essential nutrients… Sugary drinks are highly addictive because of its delicious yet devilish taste.

It leads to high risk of cancer, damage dental health and increased risk of gout.

The next time you take a can in your hand to consume it, try and think what its taste and bubbles can do to your body.

Have you ever suffered from a cold or fever and thought to yourself that you can manage this? In fact, there’s a good chance that with some medication and rest, the symptoms of a cold or fever have subsided. But, when you deal with issues such as Diabetes and … END_OF_DOCUMENT_TOKEN_TO_BE_REPLACED