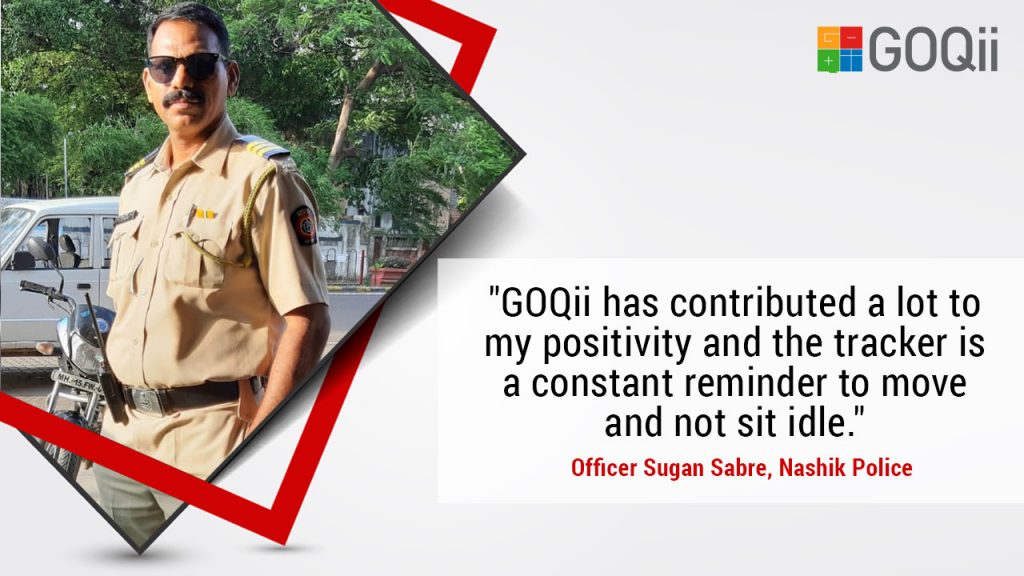 There’s no denying that it takes bravery and guts to perform the tasks undertaken by our Police Force. It is also evident how this job can take a toll on your overall health, mental & emotional wellbeing if one is not mindful enough. Believe it or not, being an active member of the police force is a challenging affair and sometimes, you need a positive outlook to pull through. Let’s see how Office Sugan Sabre leveled up his positivity with GOQii.

Sugan Sabre has been posted at Nashik City for the past 29 years. He always had a lean and athletic body. He actively participated in various athletic events in school and college. He has also played cricket at the district level during his college days. However, an injury forced him to quit cricket and athletics completely around 25 years back.

Before joining GOQii, he used to visit the gym and go for frequent runs. On an average, he would cover 7km a day. He always preferred home-cooked meals and eating out was a rare affair.

Joining GOQii and Leveling Up!

A GOQii tracker along with a subscription was handed over to the Nashik Police Force by their Commissioner, Shri. Vishwas Nangare in May 2020. Since then, completing 30k steps and staying active throughout the day have been 2 key things that he has been doing. There is a healthy competition among all the police personnel at the station to complete as many steps as possible.

Nowadays, his routine is to wake up at 5:30 in the morning, go for a run and walk around 12km apart from some bodyweight exercises. In addition to this, he has added warm-ups and stretching to his routine which he never did before. His GOQii Coach explained to him why a warm-up is extremely important before any physical activity.

While his meals continue to be the same, the timings have changed. Earlier, he would skip breakfast and eat an early lunch around 10:30 AM. Now, he eats his breakfast after his morning workout. His coach has also advised him to limit his dinner intake to just 2 rotis along with any curry. Thanks to these minor changes, his weight has reduced from 83kg to 79kg since May. He is able to complete almost 25km a day by staying active throughout. He has added yoga and meditation to his routine to remain calm and relaxed.

What Does Officer Sugan Sabre Have To Say?

Officer Sugan Sabre says that being physically active has helped him stay more positive especially during these uncertain times. If you are physically and mentally active, your immunity is automatically higher and there is no illness that can attack you. People should not fear the coronavirus, rather be strong and confront it head-on.

Along with his police duties, he is also actively involved in training a group of people in a park nearby. He takes them through various exercises every day. In fact, he looks forward to this time of the day when he is able to motivate and help others get active. He says it’s important to pass onto others whatever you know.

His energy and positivity have rubbed off on his family members too as they’ve started waking up early in the morning to join him in his routine. He says GOQii has contributed a lot to his positivity and the band is a constant reminder that he needs to be on the move and not sit idle.

We salute the efforts of Officer Sugan Sabre from the Nashik City Police Force for his dedication to serve the country as well as remain active! To read more successful and inspiring user stories, check out Healthy Reads within the GOQii App. 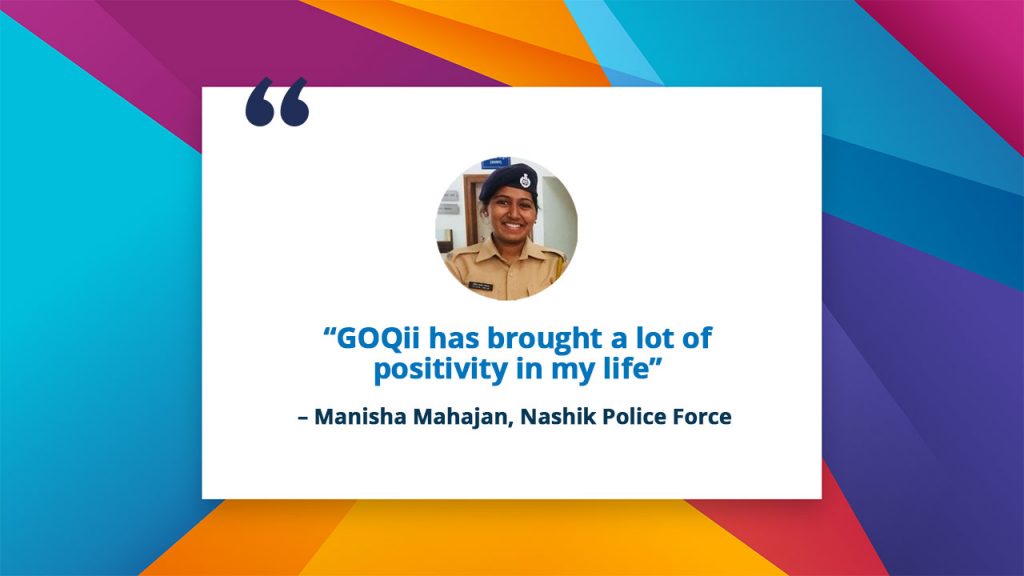 Does your work revolve around traveling and leaves you with little time to focus on your health? Sandeep Vasant, a marketing professional from Bengaluru had the exact same issue till he decided that it was time to change.  In 2016, Sandeep Vasant weighed … END_OF_DOCUMENT_TOKEN_TO_BE_REPLACED