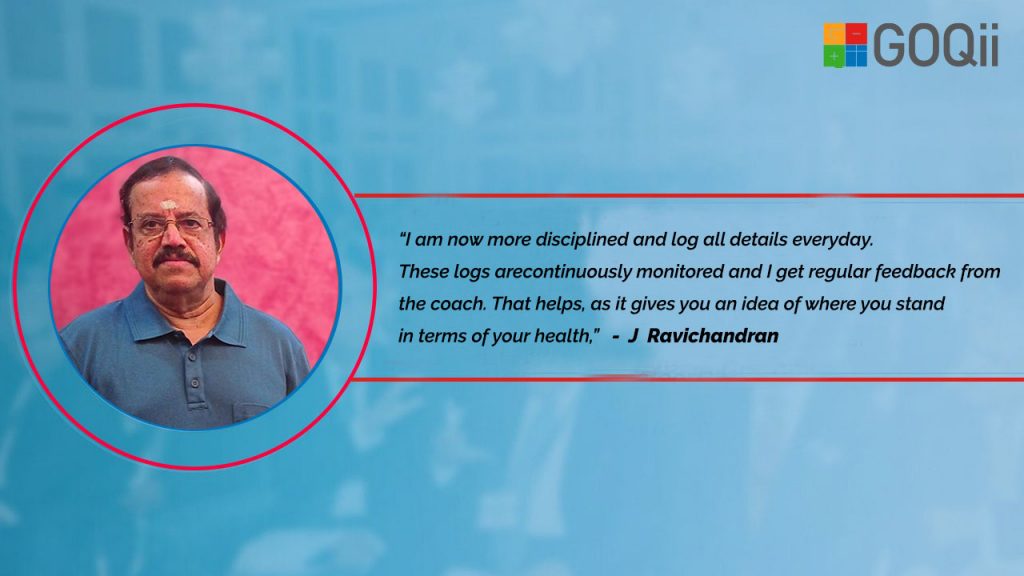 Does being sedentary after retirement sound familiar to you? Could be you, a loved one or someone you know. J Ravichandran, a 63 year old retired CA from Chennai, experienced the same. As a CA, his work involved a lot of traveling – which kept him active. While he did not have any major illnesses, he was on the heavier side, having reached a stage of being overweight.

“I have always been on the heavier side. My parents have also been on the heavy side. But, after retirement I started gaining more weight,” says Ravichandran. His weight reached 86kg in June 2020 at 5.3 inches of height. Apart from gaining weight, he also developed other health issues such as aches and pains.

While things seemed grim, J Ravichandran was able to turn his life around. How? Let’s find out!

Retirement and a sedentary lifestyle went hand in hand for J Ravichandran. Furthermore, with the COVID-19 Lockdown in March 2020, he was unable to go out, which meant that he had stopped walking. He put on more weight during this time. He also suffered from constipation and arthritis.

He had no control on his eating habits, he used to drink socially and as a result of being sedentary, he suffered from improper and poor quality sleep.

Getting Onboard The GOQii Ecosystem

His main goal was to lose weight and he also wanted to manage his indigestion problem, arthritis pain and constipation. He had problems while walking due to being overweight. He even had problems sitting and getting up. That’s when he decided something needs to be done or else living like this would get quite difficult for him.

He joined a local gym but that didn’t help him much. He tried walking inside the confines of his home but again, it did not give him any result. Then, the lockdown hit and everything stopped. All this collectively took a toll on him.

In July 2020, he came across GOQii and its fitness tracker from one of his friends and without much thought, he purchased it. He got a 3 month personal health coaching subscription free with his device. He wanted a coach who could understand the South Indian diet and he was assigned to coach Jannath. He was able to build a very good rapport with the coach as they shared the same regional language.

Initially, he thought that the coach would help only with his diet but he was quite impressed with the holistic approach that entailed diet, workout, stress and sleep management. He followed all the changes that the coach brought in for his betterment.

J Ravichandran has been regularly updating his logs on the app and keeps his coach informed. He credits changes in his lifestyle to GOQii and his GOQii Coach. He regularly completes 10K steps and thanks to being active, with weight reduction, his knee pain has also reduced.

“I am now more disciplined and log all details everyday. These logs are continuously monitored and I get regular feedback from the coach. That helps as it gives you an idea of where you stand in terms of your health,” says Ravichandran. Ravinchaindran has now introduced his wife to GOQii as well.

What Does Coach Jannath Have To Say About J Ravichandran?

Mr. J Ravichandran came on board in July 2020. When he joined GOQii he was 84.8kg and he had constipation and arthritis too. He also had sleep disturbance to some extent.

From the first intro call itself, Ravichandran was eagerly waiting to start his journey. This made my work a little easier. After understating his lifestyle, I made some healthy changes like introducing detox water, salads and fruits in his diet along with some knee workouts for arthritis.

I got Mr. J Ravichandran started with intermittent fasting twice weekly, and it worked very well. He reached 81.1kg on September 1, 2020. Slowly, we introduced breathing exercises and other techniques to improve his sleep quality. It definitely worked well with his sleep quality improving by 70 to 80%.

I made a few healthy changes in his diet as per his food logs in the app. Finally, he reached 72.5kg in the month of October 2021. In total, he lost 12.5kg in one year. Mr. J Ravichandran’s journey proves that small changes in lifestyle can yield the best results!

Does this story inspire you to make a change? Do you want to shift to a healthier lifestyle? Then subscribe for GOQii’s personalized health coaching and start your #HealthStory now: https://goqiiapp.page.link/bsr

Imagine having a good work-life balance and then a sudden change at work derails your otherwise active lifestyle. You begin gaining weight and that invites a host of other complications you would have not imagined! Our Player Poulomi Bhattacharya faced … END_OF_DOCUMENT_TOKEN_TO_BE_REPLACED 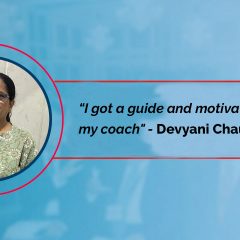