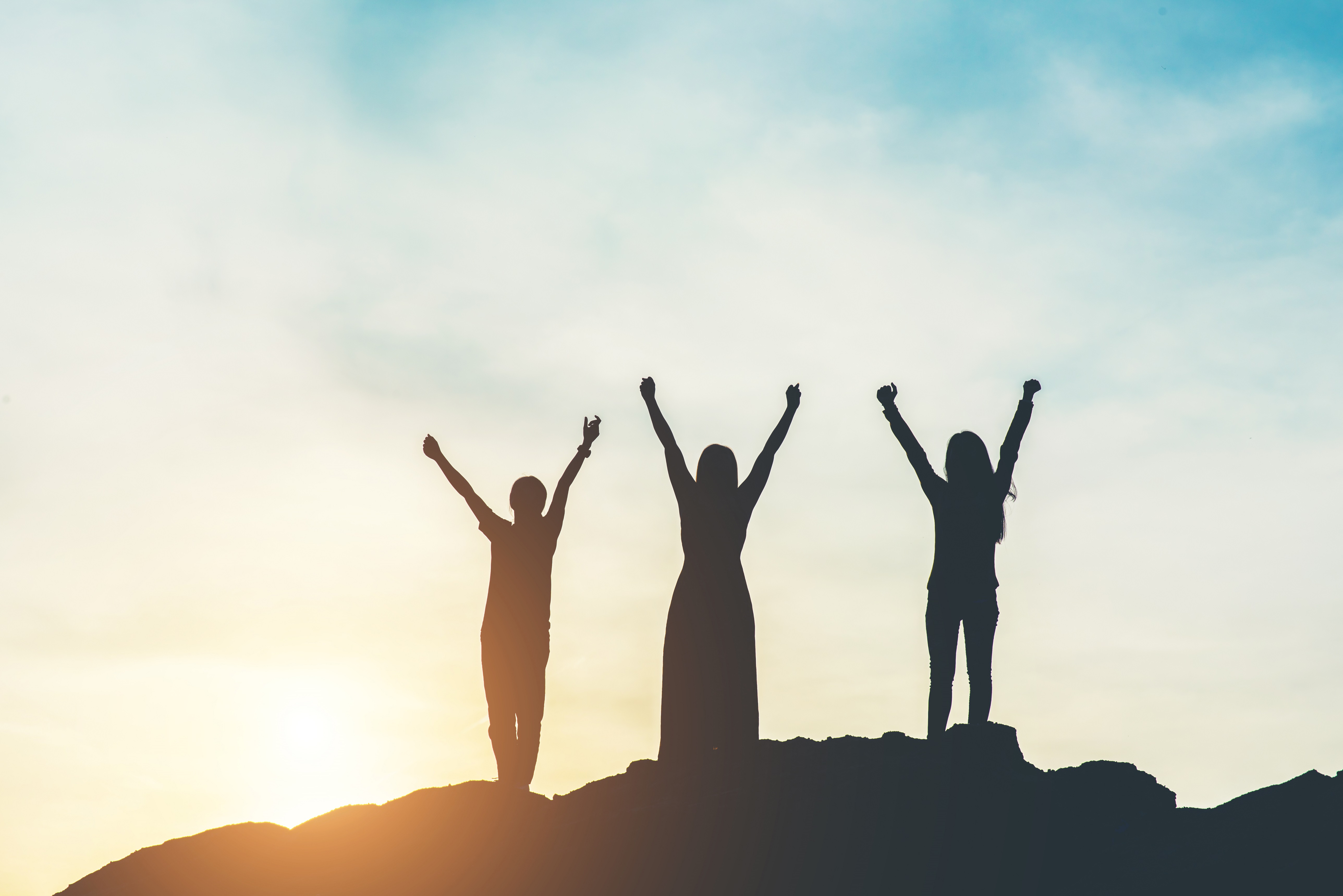 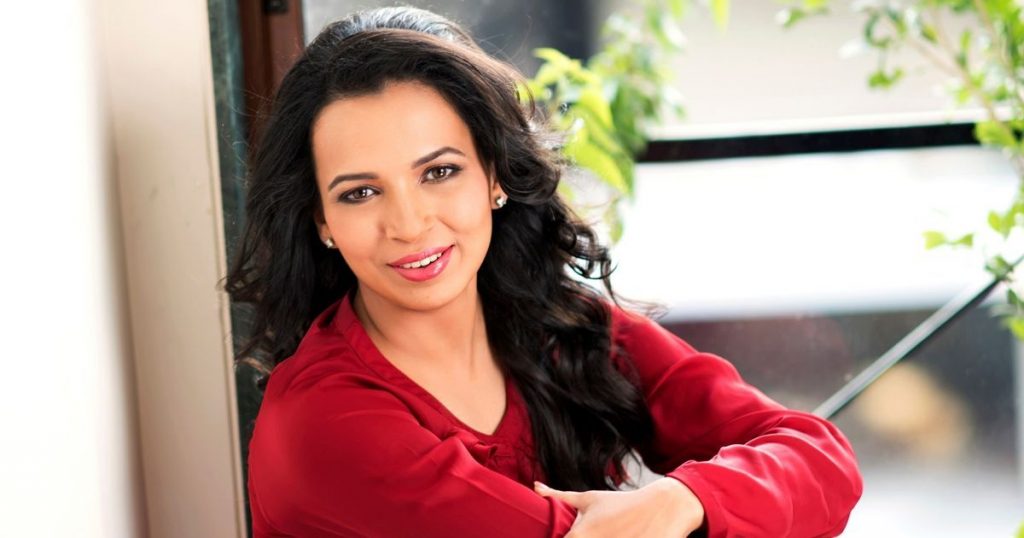 “When we go through nutrition transition and give up on our local, native, regional food and we begin to adopt a food system, which has no resonance to our region, culture, that’s when our waists start spilling out in a protest for you to go back to your more local diet.”

A nutrition and exercise science expert, Rujuta Diwekar is a vocal champion of using our common sense and un-complicating the act of eating. In a career spanning more than 15 years, Rujuta Diwekar has worked with clients from all walks of life – from businessmen to homemakers, students, celebrities and sportsmen including Kareena Kapoor and Anil Ambani. She emphasizes a blend of traditional food wisdom and modern nutritional science for a healthy body and mind, best reflected through the mantra – Eat local, think global. She is also the author of 5 best-selling nutrition books. 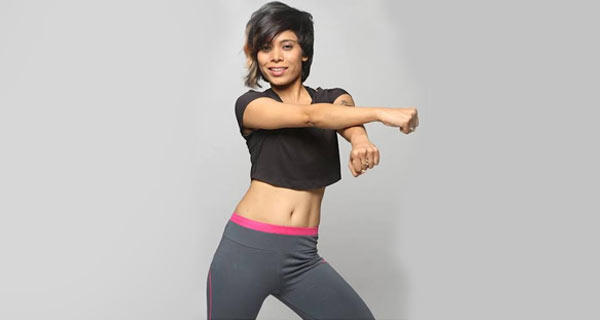 Ranchi girl and ex-IT professional Sucheta Pal inspired an entire nation towards healthier living and fitness through Zumba. She is India’s first Zumba Education Specialist and the brand ambassador for Zumba in India. In 2018, she was felicitated by the Hon. President of India as the “First Lady” for women wellness. Over four and a half years, she has trained nearly 3,500 Zumba instructors and has represented Zumba and India in multiple international fitness conferences from FIBO Germany, IFEX Indonesia, AFAA Japan conference, Asia Fitness Convention, Bangkok and others across the world. She is also a fitness TV-show host of Zoom TV’s Zumba Dance Fitness Party and has featured in several fitness shows on NDTV, Mtunes and TLC. Definitely a champion of heath and fitness in our books! 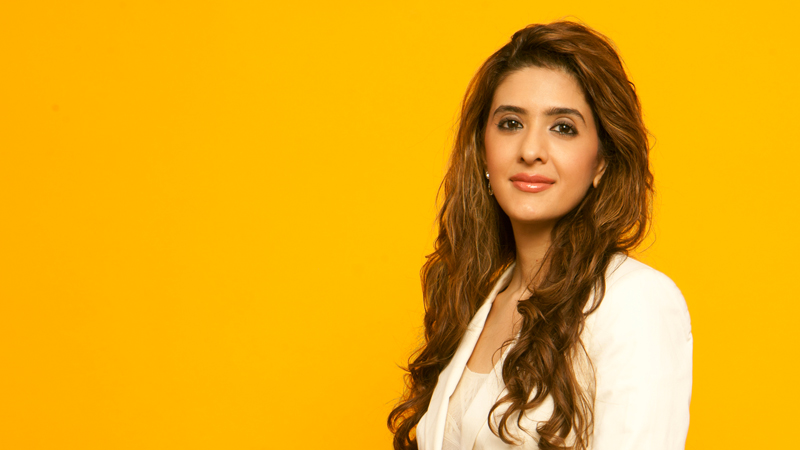 Ace Nutritionist Pooja Makhija has successfully transformed the bodies and lives of thousands of people! She’s a nutritionist to celebrities like Deepika Padukone, Sonam Kapoor, Ranbir Kapoor and Sushmita Sen. Pooja believes in nourishment over weight loss – food is fuel, it is your friend and not your enemy. To date, she has published two books – Eat Delete and Eat Delete Junior. She feels that people are seeing food for its calories rather than its true value. According to her, eating the right food can prevent lifestyle diseases such as high cholesterol, blood pressure and diabetes. 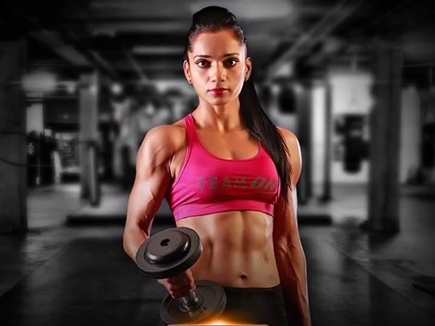 A mother of two, Sonali Swami is definitely a source of inspiration for every fit mom out there! An IBBF athlete, she has bagged a bronze at the WBBF Asian Championship 2016, won Fit Factor India 2014, won Muscle Mania India 2014 in Fitness and Model’s Physique Categorory, secured 6th place in Asian Body Building Championships 2017 and is among the country’s Top 10 bodybuilders – all this while starting her journey towards bodybuilding at the age of 37! She firmly believes that age is just a number and you can start training regardless of your age, it doesn’t matter if you’re a teenager or in your 60’s. She advises people to be patient, consistent and never give up. 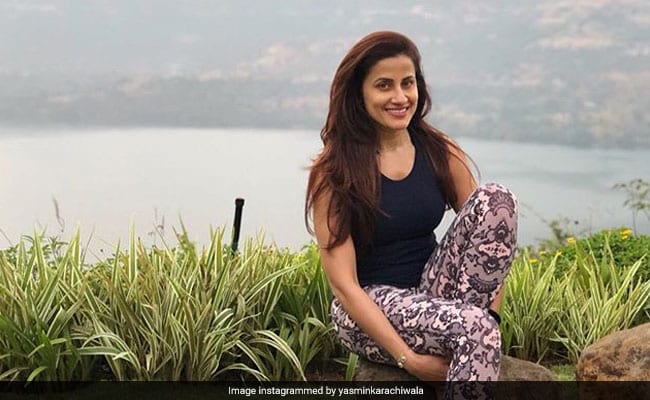 The fitness guru that Bollywood swears by! Yasmin Karachiwala boasts of a clientele that includes the likes of Katrina Kaif, Deepika Padukone and Alia Bhat. She owns a gym called Body Image, she was the first BASI certified Pilates instructor in India and established the first Pilates studio in Mumbai. She often shares workout videos with her followers and fitness enthusiasts on social media. She has also co-authored a book on Pilates. Yasmin does not believe in a diet and prefers making smarter food choices. Her mantra is to strive to be the best version of yourself! 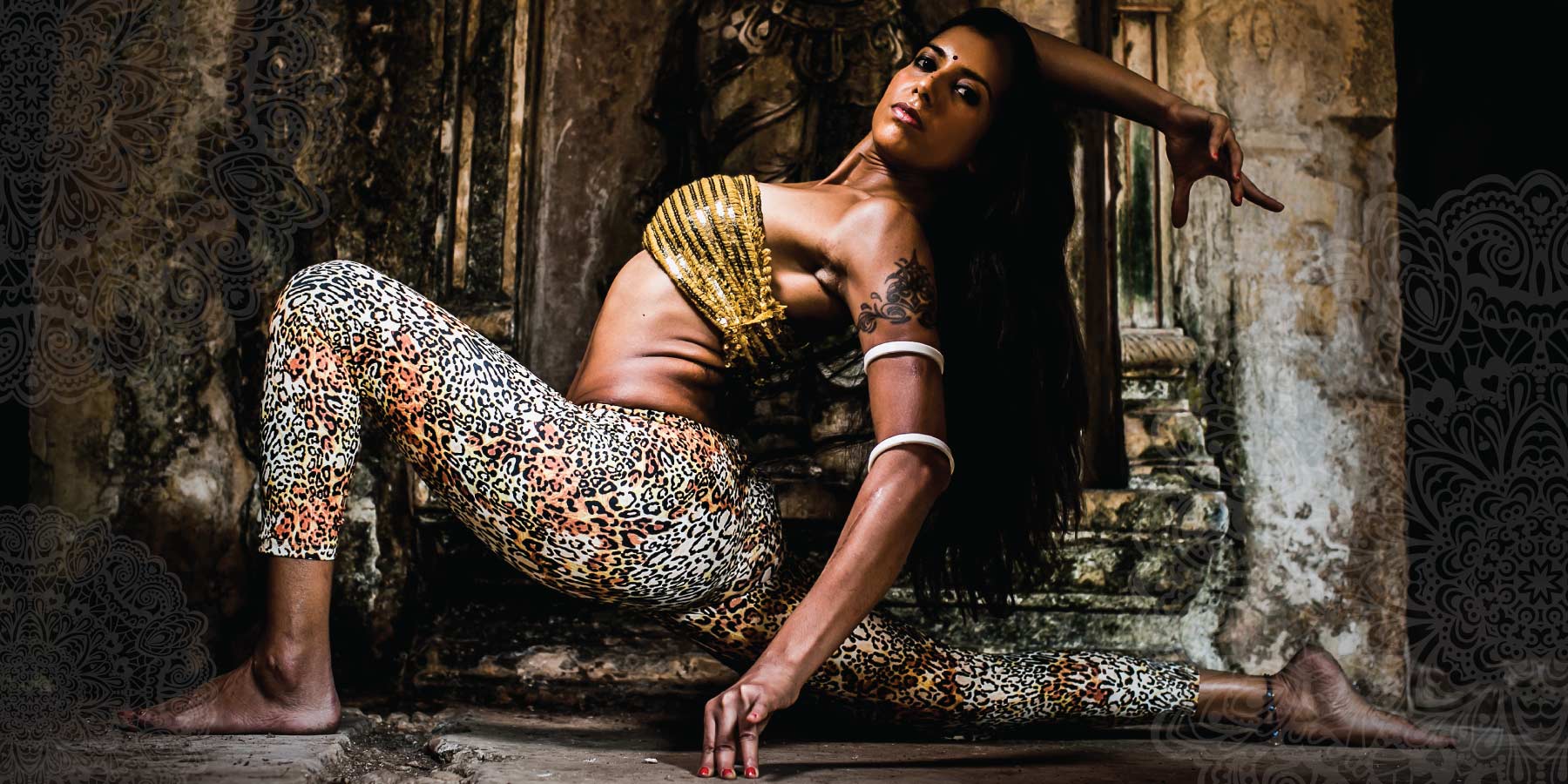 After a near death rock climbing accident in 1997, doctors told Deepika Mehta that she wouldn’t walk again. This wasn’t acceptable to someone like her who possessed a great zeal for life. She sought alternative approaches and found yoga. Since then, she has been learning and practicing various forms such as Pranayama, Ashtanga Yoga and meditation. Deepika has had her own TV show called Yoga City. She has a vast clientele including celebrities, individuals and corporates all over the country. She has been a master trainer on the show “The Biggest Loser” in India. In 2014, she was featured as one of the three women redefining beauty ideals in India in Vogue Magazine and has been the face of Elle India’s 2015 fitness campaign. She has also given a dance/yoga presentation and talk at the TedX event at the UN Headquarters in NYC. 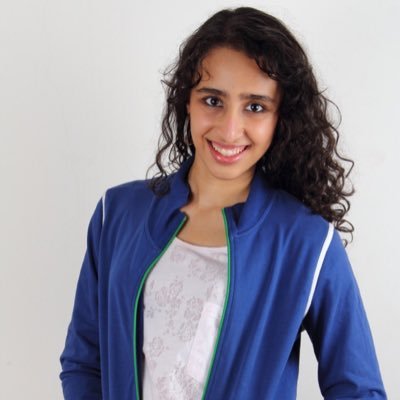 The youngest Stott Pilates instructor in the world at the age of 16, Namrata Purohit has trained celebrities such as Kangana Ranaut, Jacqueline Fernandez, Varun Dhawan, Arjun Kapoor, Kareena Kapoor, Elli Avram, Malaika Arora, Neha Dhupia and Lauren Gottlieb to name a few. When she was 19, she completed all the courses on Stott Pilates and is also a certified Barre Instructor. Along with her father Samir Purohit, she is the co-founder of The Pilates Studio, which is the first in the world to have pilates and a simulated altitude training room under one roof. At 21, she launched her first book titled The Lazy Girl’s Guide to Being Fit. She was the official fitness partner to Femina Miss India Organization since 2011, official Fitness Partner to Miss Diva (2013 & 2014) and along with her father, were official Pilates coaches to the 2014 Mumbai City FC team. She was also a national level squash player and a state level football player. 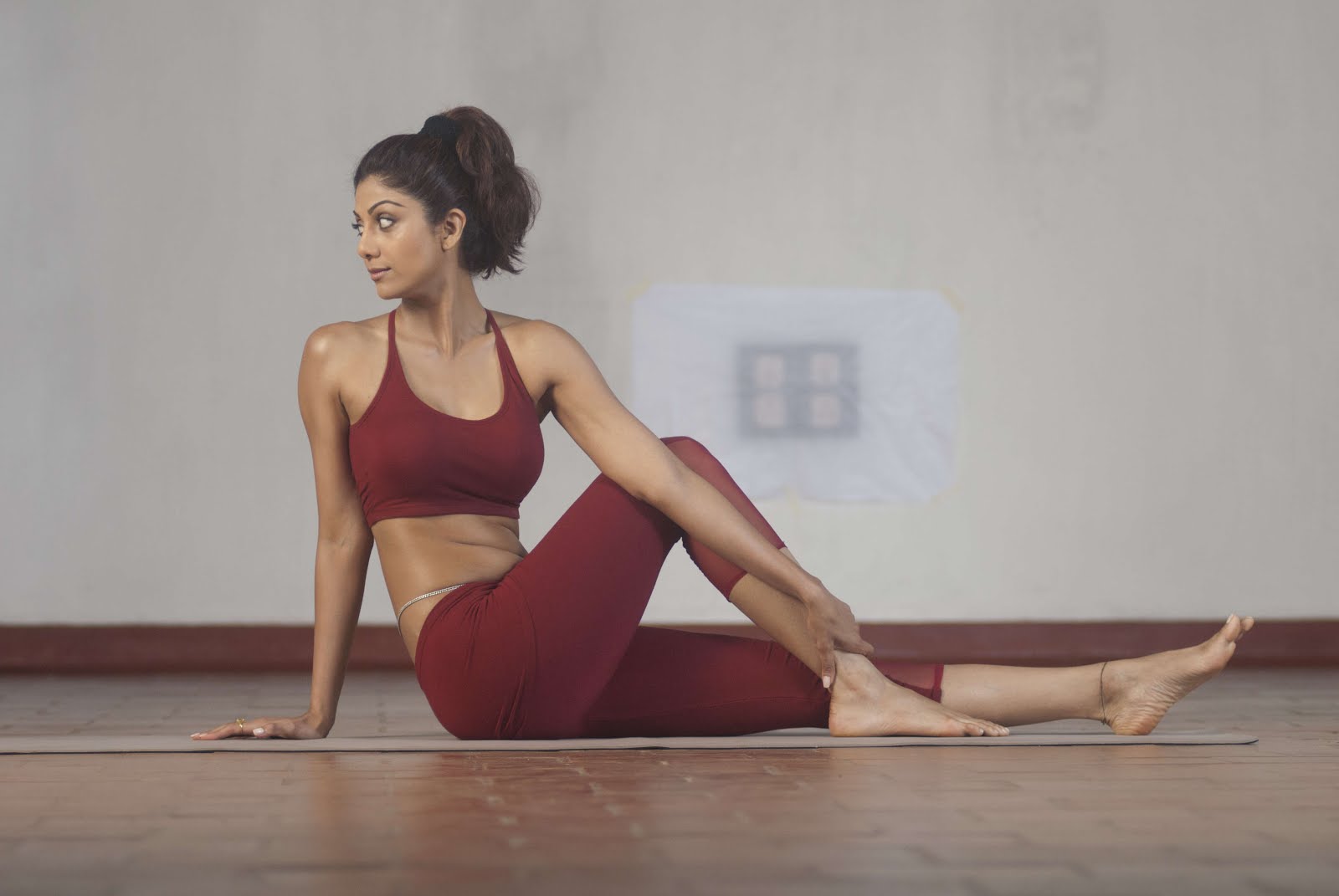 Apart from being a successful Bollywood Diva, Shilpa Shetty Kundra also follows an active and healthy lifestyle by practicing yoga, healthy eating and exercise. According to her, Yoga inculcates a sense of discipline and self-control. On days when she isn’t able to workout, she practices Pranayama. Being a health enthusiast, she decided to foray into the health and wellness space with the simple aim of spreading awareness. Shilpa’s Yoga DVD was a huge success. Her YouTube channel is a one-stop-shop for all fitness enthusiasts across the globe. Her first book ‘The Great Indian Diet’ went on to be an award-winning one and still remains one of the bestsellers in the health segment. Her second book, The Diary of a Domestic Diva, aims to share quick and hassle-free methods that lead to cooking healthy, nutritious and delicious meals. 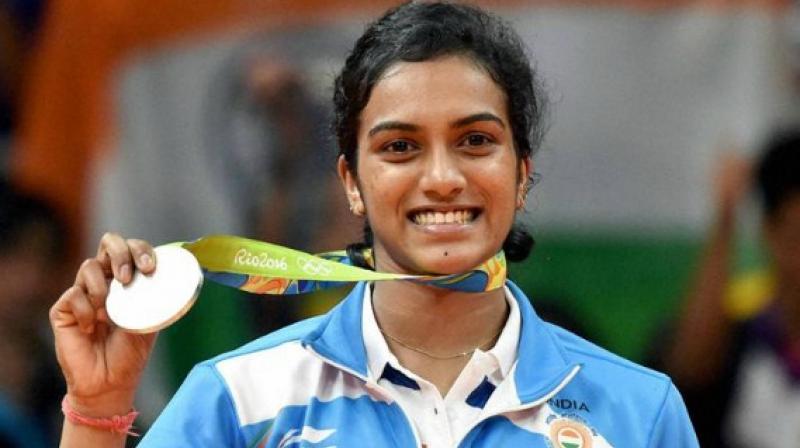 Picking up badminton at the age of 7, P V Sindhu became the first Indian woman to win an Olympic Silver Medal. Fitness definitely plays an important role in her overall game which includes 8 hours of training. Her daily schedule includes Yoga, Pranayama, Running and Swimming, along with push-ups and sit-ups. In nutrition, she eats a zero sugar and high protein diet. She won a silver medal in Women’s Singles at Commonwealth 2018. She was also a silver medalist at the 2017 BWF World Championships and 2018 BWF World Championships consecutively. In the Asian Games 2018, held in Indonesia, she grabbed another silver medal. Sindhu came into international attention when she broke into the top 20 of the BWF World Ranking and was the first ever Indian women’s singles player to win a medal at the Badminton World Championships. In 2015, she was awarded the Padma Shri. In 2018, she became the first Indian to have clinched the BWF World Tour title defeating Nozomi Okuhara in the finals.

Have you ever suffered from a cold or fever and thought to yourself that you can manage this? In fact, there’s a good chance that with some medication and rest, the symptoms of a cold or fever have subsided. But, when you deal with issues such as Diabetes and … END_OF_DOCUMENT_TOKEN_TO_BE_REPLACED