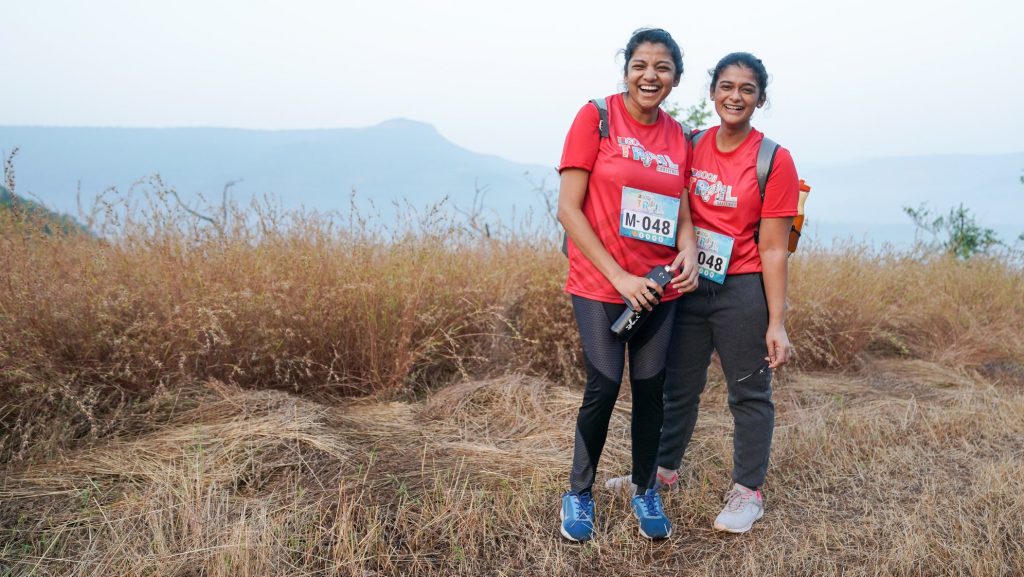 Fitness is not a race and it is true that you can’t get active overnight. It is a gradual process which takes time – something which today’s erratic work hours and busy schedules don’t offer. Pooja Behuria learned about this when she decided to take the GOQii Trail Challenge in 2019. But, that wasn’t the only thing she learned. She also realized that GOQii was more than just a company or a group of individuals trying to get fit… GOQii is a family!

Before the GOQii Trail Challenge

Like most people, the concept of fitness and a healthy lifestyle were alien to the 23-year-old Pooja Behuria from Mumbai. The banes of erratic work hours coupled with living alone in the city compelled her to live a sedentary lifestyle. But all that was about to change!

She learned about GOQii and the Trail Challenge through Genesis-BCW, an agency associated with GOQii since the past 4 months. Since then, she has been watching LIVE videos on GOQii Play.

Pooja Behuria had never been on a trek before. When the registrations for GTC began, she thought that it seemed like an adventure – considering the terrain for the trail. What drove her to register was that she saw it as a challenge as none of her friends or colleagues believed that she would be able to complete it. In fact, they were certain she wouldn’t even reach halfway. She decided to prove them wrong!

As she had never attended an endurance trail such as GTC, she browsed through the website to gain more insight into what to expect and how to prepare herself. However, due to time constraints and partly due to her own laziness, she did not begin her preparations until 20 days before the event.

If she was going to do the trail, she had to prepare! With new motivation, she made some changes in her eating habits and began doing a little bit of exercise to prepare her body. She began including more proteins, complex carbs and most importantly, drinking more water on a daily basis which she wasn’t doing until now. Pooja began drinking coconut water and eating seeds and nuts between meals instead of junk food.

On the first day when she decided to go for a walk, she covered 20km and ended up feeling sore and tired. She couldn’t move her legs for 2 days. She then realized it was a mistake and decided to gradually increase the level to get her body conditioned. She began taking short walks and using the stairs while going to the office and back home as stair climbing is good for building endurance. She still felt she wasn’t prepared enough.

Walking the Trail and Persisting

Pooja Behuria partnered with one of her office colleagues Jisha, when she began walking on the 7th morning. She and her partner were all geared and excited when the trail was flagged off at 5:30 in the morning. They managed to reach the 1st checkpoint in just 1.5 hrs. Both seemed to think it was no big deal and they should be able to complete it easily within 9-10 hrs. 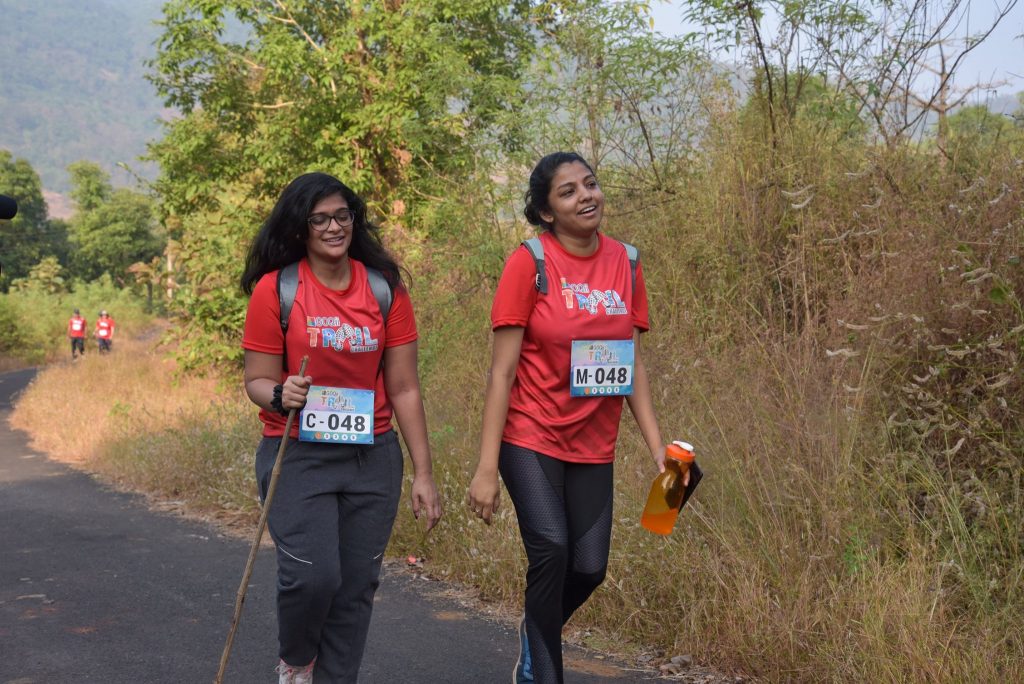 As they left the 1st checkpoint, her partner started feeling unwell. Jisha had developed a fever but still persisted and continued. By the time they reached the 3rd Checkpoint, Jisha was shivering and on the verge of passing out. Before the 3rd checkpoint, she had fallen in water which only aggravated her condition. Jisha thought it was best to give up. From there on, Pooja was by herself.

But it is the GOQii Trail Challenge and we are all a family. No one is ever alone on the trail. Another participant, Girish Narang who had been walking solo became her partner for the rest of her journey. Pooja says that if it wasn’t for her new partner, she wouldn’t have completed the trail. Girish Narang kept pushing her and motivating her to continue. She was already halfway through and giving up wouldn’t make sense – is what he kept telling her.

After every decline down a mountain, when she said she couldn’t go any further, her partner motivated her to take another step. The last 10km were the hardest where every step seemed strenuous. Her legs were giving up and the pain was unbearable. All she wanted to do was sit and not move.

After 16 long hours, when she finally saw the finish line, she was filled with mixed emotions – exhilaration, shock, awe, relief and complete joy all rolled into one! She couldn’t believe her eyes! That unexplainable feeling of achieving something she thought wasn’t possible for someone like her was unparalleled.

Now, when she looks back she’s still surprised that she didn’t give up. It has filled her with a sense of pride and confidence. The trail does change you in one of the most beautiful ways. She now believes that it is all a mind game. If you persist, you can achieve the impossible.

She says there were participants who were twice her age and yet completed the trail in half the time she did. This hasn’t demotivated her but has only inspired her to prepare thoroughly and participate in GTC 2020. She says that though she didn’t know anybody at the trail, each and every participant she met along the way encouraged and motivated her to move ahead. It was like one big family, joining hands and motivating each other to complete the trail!

Want to know what the trail looked like? Watch the GOQii Trail Challenge 2019 Movie.

Want to share your experience at the trail. Write to us!

We look forward to seeing you for the next GOQii Trail Challenge!

Imagine an event where each and every person has a unique tale to tell, despite having taken similar paths or adventures. Have you ever gone through it? We’re about to share the experience of Kamal Chandran, Group Head - HR at GOQii, who participated in the … END_OF_DOCUMENT_TOKEN_TO_BE_REPLACED