We are all aware that lack of sun exposure and spending more time indoors makes us prone to Vitamin D deficiency. But, did you know that Vitamin D deficiency could also occur due to an unhealthy diet –especially one that is loaded with high fructose.

In fact, what led me to write this blog is a recent conversation with a close friend of mine. Anita, as I knew her was always conscious about her diet and what she ate. Her seemingly healthy breakfast included packaged cereals and fruit yogurt. Trying to keep her meals small and frequent, her snacking included salads from fast food joints and her quick fix dinner at home mostly comprised of fruit juices with a veg sandwich.

But, something seem to bother hear off late. When I casually asked her how she was doing and that she looks a bit perturbed, she mentioned about her recently diagnosed Vitamin D deficiency at the age of 35 years.

What triggered the check up? Well she had a fall and fractured her right hand. It intrigued me to find out more. Anita was also keen to find out if there was anything in her diet that had led to the Vitamin D deficiency. She was obviously under the impression that she was eating healthy.

As a nutritionist, let me tell you that the sunshine vitamin-Vitamin D, can have reasons other than insufficient exposure for its deficiency. Fast paced lifestyle and dependence on packaged foods pointed to high fructose in the diet, which could be a major cause. Precisely, what triggered the deficiency in Anita as well?  Surviving on packaged foods is not a good idea at all.

Fructose, as we know is a fruit-sugar; unfortunately, it’s not fruits from where we get most of the fructose in our diet. A large part of fructose in our food enters via HFCS – High fructose corn syrup which is an alternative to sugar in most packaged foods.

This low cost sweetener is favorite of food processing industries.Being stable in acidic foods and beverages, HFCS is attractive alternative to sucrose and is found in many unsuspecting packaged foods such as – Packaged fruit juices, carbonated drinks, breakfast cereals, flavored yogurt, salad dressing, ketchups, soups, sauces, nutrition bars etc. Baked products such as biscuits and breads, which is a classic case of ‘HFCS camouflaged with the whole grain marketing’.

When we consume high levels of fructose, an enzyme called  24-hydroxylase (which is responsible for degrading vitamin D3) becomes more active, while another enzyme, 1α-hydroxylase (which helps synthesize vitamin D) becomes less active.  As a result of this high level of fructose consumption, the body tends to start breaking down whatever levels of Vitamin D you have. In other words Fructose reduces blood levels of active Vitamin D.

Vitamin D in the form of calcitriol plays a critical role in maintaining calcium levels in blood. It regulates active calcium transport in the intestine, helping increase its absorption from food. In fact, in Vitamin D deficiency, we absorb only about 10 to 15% of the dietary calcium we eat!

We need calcium for proper functioning of nerves and muscles, including the cardiac muscle –Heart. When calcium levels go too low,in its survival mode body starts pulling calcium from bones. Boom: suddenly we enter a state of bone-tissue breakdown, because of a chain of events initiated by excess fructose. Over time, skeletal health becomes compromised, and the risk of osteopenia, osteoporosis, and fracture may go up.

A study published by PLOS One in April 2014 demonstrated that a chronic intake of high levels of dietary fructose can lead to a decrease in circulating levels of Vitamin D and also creates physiological increases in calcium requirement. They quoted this finding as highly relevant since fructose, a sugar contained in many types of foods that are being consumed at high levels, may contribute to the increasing prevalence of vitamin D insufficiency, especially in sensitive populations with high, processed sugar intakes. (http://journals.plos.org/plosone/article?id=10.1371%2Fjournal.pone.0093611).

Before it’s too late, cut down on your fructose intake. Less than 40 g of fructose from whole foods sources per day is a great target. For reference, that’s what we’d get from 1.3 whole mangoes or 3.5 apples. Yes, 2-5 servings of fruit per day (depending on fruit choice, stick to max 2 if high fructose fruit) is perfectly fine! Working towards good health is never a one-off affair. It’s an ongoing journey. As the saying goes, “Being healthy isn’t a race, it’s a marathon” and quite rightly so. In a world where we get everything quickly at the click of a button, we expect the same … END_OF_DOCUMENT_TOKEN_TO_BE_REPLACED 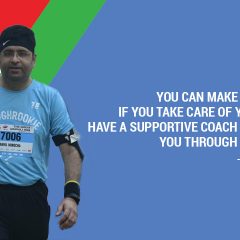 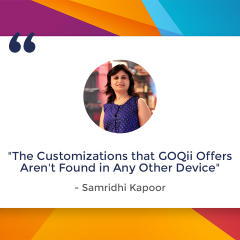